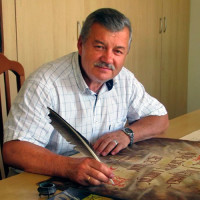 Calligrapher, Doctor of Pedagogic Sciences, Candidate of Art History, Professor, member of the Union of Artists of Russia

He graduated from the Ukrainian Printing College (Ivan Fedorov College) majoring in Graphic Art in 1979. In 1983/1993, he headed the Chair of Book Design and Illustration at the Ukrainian Printing College (Ivan Fedorov College), Lvov. He has two certificates for industrial sample of new fonts and author structures for pre-school children publications. He headed the SNTB for development and introduction of fonts for composing typewriters of Kirovograd-based Pishmash production association.

He is an author of five study guides in font art, such as Handwritten Script (Lvov, 1986), The Art of Handwritten Script (Moscow, 1989) and Script and Image (Moscow, 1991). In 1993, he entered the post-graduate course at the Moscow State University of Printing Arts, (academic advisor - Yu.I. Chuvashev, professor, Department of Art and Technical Design of Printed Products).

In 1986, he defended his candidate’s thesis (Stroganov Higher Artistic and Industrial School) and got the academic degree of Candidate of Art History. In 1994, he was given the academic title of professor, Chair of Book Graphic Design and Illustration, Ukrainian Printing Institute. In 1994, he returned to Volgograd for permanent residence and was invited to work with the Volgograd National Pedagogic University. Since July 1, 1994, he has headed the Chair of Drawing and Painting, Volgograd National Pedagogical University.

In 2002, he got the academic title of corresponding fellow of the International Academy of Science of Pedagogic Education (IASPE). He took part in all-Russian, regional, municipal and university-wide scientific and practical conferences. He has a series of Russian and international publications. In 2002, he had his monograph on Artistic and Image Expressiveness of Fonts (Volgograd) published. In 2003, he defended his doctoral thesis in the Moscow State Pedagogical University majoring in (qualification 13.00.02) Theory and Method of Education and Upbringing (Visual Art) devoted to Artistic and Image Expressiveness of Fonts as Means of Development of Creative Abilities of Students from Artistic and Graphic Art Schools. 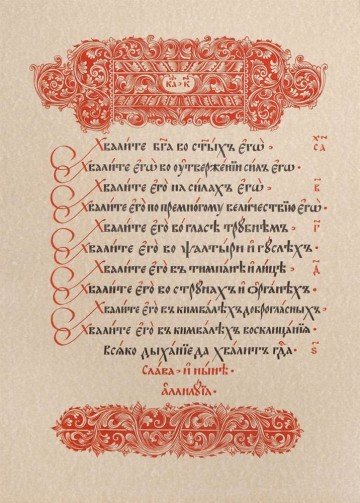 Psalm of David "Praise God in his sanctuary" 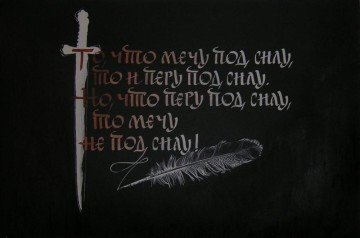 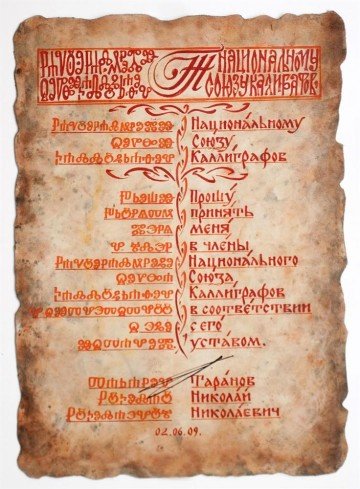 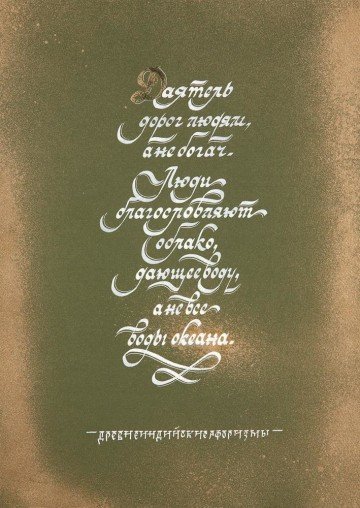 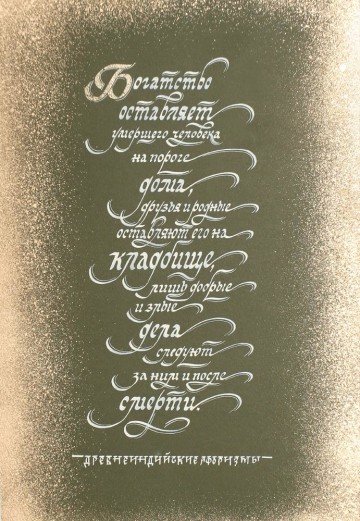 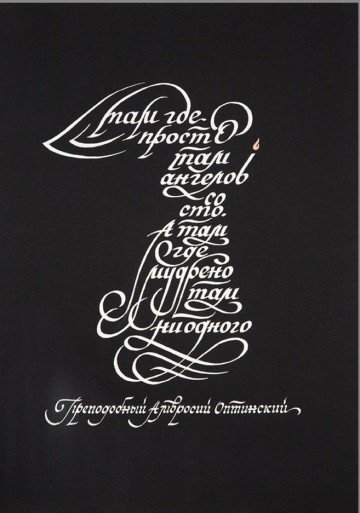 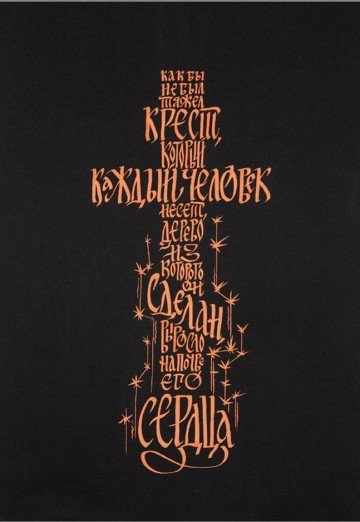 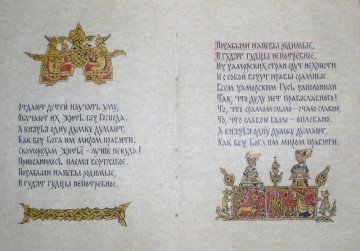 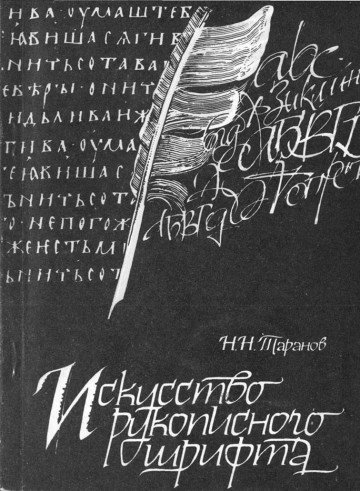 The Craft of Handwritten Script 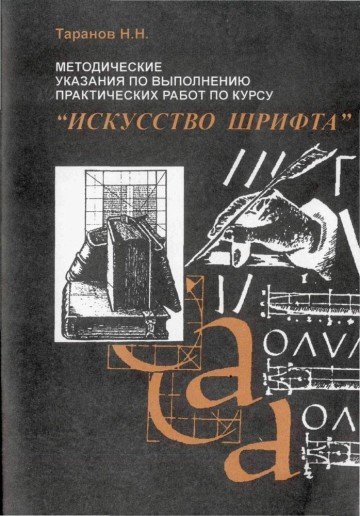 The Craft of the Script. Methodological instructive regulations 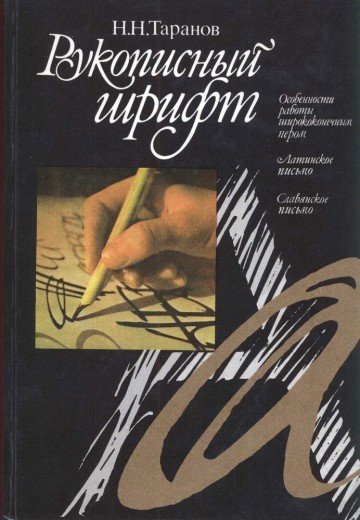 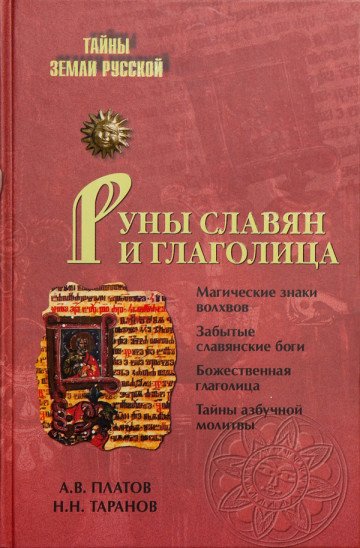 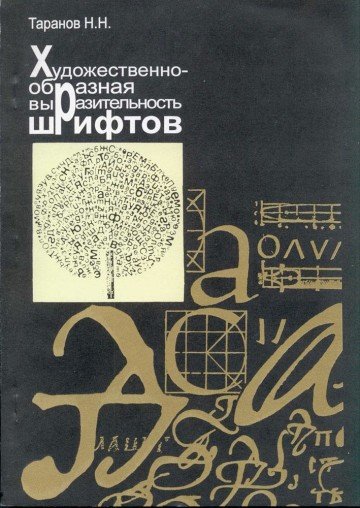 Artistic and Image Expressiveness of Fonts 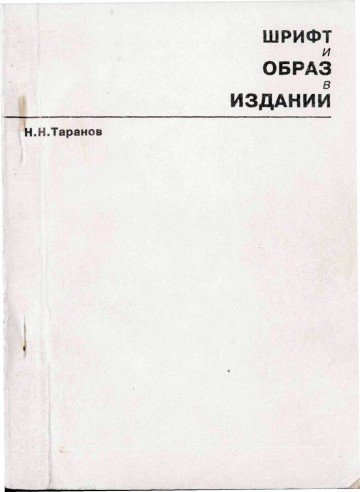 Font and Image in Publishing 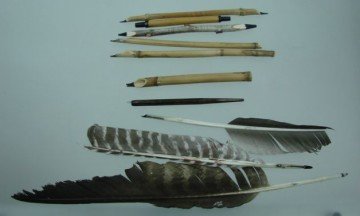 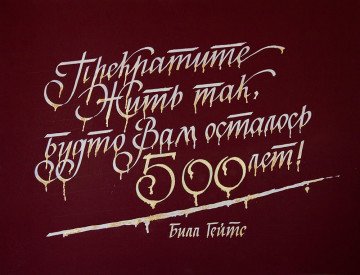 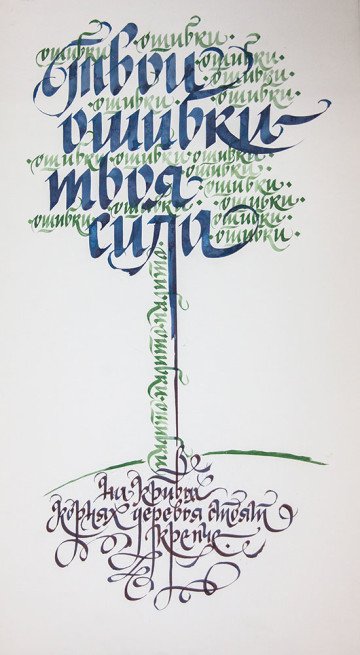 Your Errors are Your Power 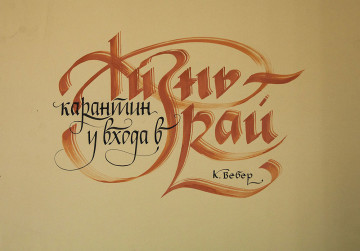 Life is a Quarantine before Entering the Paradise. Karl Veber