Greetings from religious leaders to the International exhibition of calligraphy

Kirill Patriarch of Moscow and All Rus, Mufti Sheikh Rawil Gaynetdin, Chairman of the Mufti Council of Russia, Chief Rabbi of Russia Berel Lazar and Archbishop Antonio Mennini, Representative of the Holy See in the Russian Federation sent greeting letters to the organizers of the 2nd International Exhibition of Calligraphy. 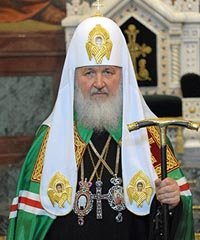 Thank you for the letter where you outline the activity of the Union of Calligraphers and Contemporary Museum of Calligraphy aimed at the preservation and promotion of Orthodox Christian culture throughout writing.

Unfortunately the primitive “mass culture” of today is imposed upon people as an alternative to national traditions. In such conditions careful and thoughtful attention to a script word practiced in the Church due to special reverent attitude towards holy writs serves thorough study and enrichment of our historical, spiritual and cultural heritage.

The touching beauty of Slavonic script laid by Saints Cyril and Methodius can unite the representatives of different generations in their faith for the Russian culture and spiritual tradition.

I hope the International Exhibition of Calligraphy and the Holy Writ in Calligraphy contest will prove that the Slavonic writing tradition is a precious and ever relevant part of our national culture.

I wish you blessed success in good deeds. 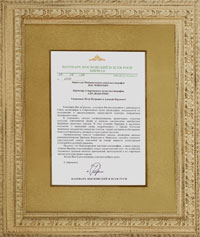 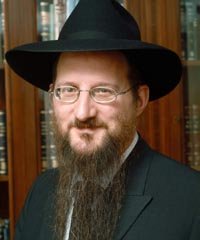 I whole-heartedly welcome the initiators and participants of the International Exhibition of Calligraphy in Moscow.

Calligraphy is not merely an art. For centuries it has been an act of sacrament. Calligraphers have scribed the Holy Books of all the nations and religions. As for the Jews, the calligraphic skill – “sofer STaM” – is the profession which is taught in religious colleges and institutes. All holy books and significant cult-objects like tefillins and mezuzahs can be scribed in parchment only and in a special way. There is a plethora of laws regulating the work of a calligrapher. Every synagogue has the Torah manuscripts designed by the masters of calligraphy. Sometimes it takes several years of hard work to write such a scroll. We are proud the exhibition in Moscow demonstrates the “Tsar-mezuzah”, the unique calligraphy work enlisted in the Guinness World Book of Records.

Today the script tradition is substituted by computers. Then the more valuable the script manuscripts become. Let us remember how happy we were when we received letters from our friends and family written on paper. What we could read there were not only some facts but the reflection of the sender’s inner world. It is twice as much when we speak about calligraphy: experienced people can name the author (sofer) of this or that manuscript at once. Looking at the ancient manuscripts of the Dead Sea we observe the work of ancient artists, examining medieval manuscripts we can understand how the art was developing. Thus your exhibition is of special significance – it helps us revive the feelings which the ancient masters of calligraphy attributed to their works.

It is highly symbolic that the exhibit's opening clashes in time with the beginning of a new year- long Torah reading in the synagogues of Russia and the world. And the Torah is always read off the manuscript. It is also symbolic the show is organized in the Year of the Russian Language. All the peoples of our multinational country worship the script word and writing culture. Thus, this show also admits the contribution of Russia, its people and traditional confessions in the development of calligraphy as an important means of spirituality development and promotion.

Good luck to the show's organizers! And let God hear your Prayers. 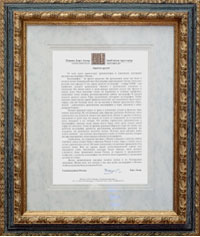 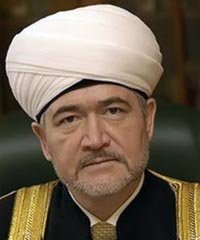 On behalf of the Mufti Council of Russia and Spiritual Administration of Muslims of European Russia I express my respect and greetings to the organizers, exhibitors, and the calligraphy artists on the opening night of 2nd International exhibition of Calligraphy in Moscow.

Islam worships the pen and admits its significant role. For us, the Muslims, calligraphy is a celebration of the Lord, and that is why we always treat it as a testimonial of peace and an appeal to peace!

The history of writing has known the rises and falls related to all the aspects of human life. Writing is the first result of human attempts to cooperate with the environment and share one’s thoughts and experience with others and future generations as well. We know that calligraphy hasn’t lost its significance in a large quantity of Muslim countries. Though it is considered to be a traditional art at present time it applies calligraphy as a means of thought expression.

The International Exhibition of Calligraphy is one more evidence of humankind's unity and makes it possible to bring people together, unite them for the sake of the world, beauty and humanity. 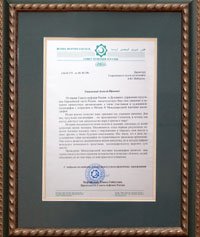 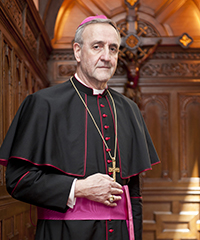 Firstly I wish to thank you for your mail, in which you, in a very detailed and professional manner, presented the ancient yet ageless art of calligraphy, and equally for the exhibition organized by you under the auspices of UNESCO and the Russian Ministry of Culture. I share your commitment to the importance of traditional arts as a key element of spiritual, moral and cultural development of our society. The works exhibited at your event are a testimony to the fact that calligraphy is not only a unique way of expressing the ideas of beauty as a part of a single national culture, but is also a voice of metempirical nature of the culture as a phenomenon and that language the people of all nations employ to communicate with God.

I am optimistic in regards to the prospects of calligraphy, and pleased to see the pieces increasingly exhibited in contemporary art museums, as an example.

Gladly, I wish you the best of success in both the Moscow exhibition and new endeavours aimed to develop the intercultural dialogue. 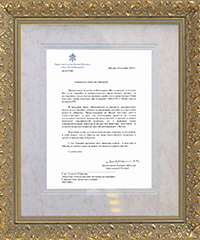