In Sergiev Posad, the expedition team visited two museums. One of them was the museum "Sergiev Kitchener". Preparations for the opening of the museum began in December 2017. But the idea of its creation originated much earlier ... The main inspirer, creator and activist - Lyubov Alexandrova Kornilova, is known to many residents of Sergiev Posad. Thanks to her, on one of the central streets of the city, Karl Marx Street, a whole constellation of unique cafes appeared, which became favorite places not only for tourists, but also for residents of Sergiev Posad. For more than 15 years, Lyubov Kornilova studied the intricacies of catering and its various areas. Based on her rich experience in culinary art, Lyubov Alexandrovna conducted a serious research activity in the field of the history of public catering in Russia.

The museum offers visitors two types of excursions, one of which includes a demonstration and a master class on cooking, followed by tasting. The museum has a cafe, the menu of which contains more than 50 dishes prepared according to old recipes of Molokhovets and Ignatieva. In the evening, after the museum closes, once a week, museum evenings on culinary and historical themes take place with the attraction of interesting hosts. During the New Year holidays, programs for children are held - a den with a shadow theater, entertaining games of the 19th century. 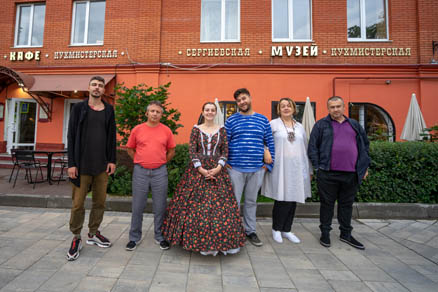 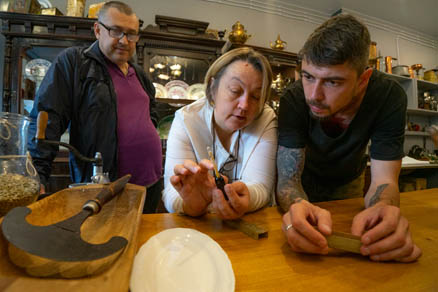 Expedition on private museums arrived in Sergiev Posad
Back to list