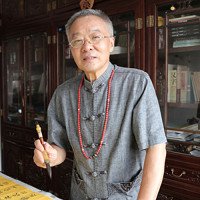 The History of Chinese Calligraphy

Tracking back to the history of the 5-thousand-year development of Chinese calligraphy, we clearly see its development along with Chinese society′s development; intensely reflect the spiritual outlook of each time. Calligraphy art is a bright flower of Chinese culture, an outstanding treasure in world culture. Calligraphy art typically manifested the beauty of eastern art and essence of eastern culture, it is the national essence of art which the Chinese nation will be proud of forever. It has an unequalled deep mass base and cultural history in the world. Today is a prosperous time of China; calligraphy art increasingly receives people′s favour.

Words of various nationalities in the world summarily has three types, namely pictograph; Ideograph and the phonetic system of writing. The Chinese characters are developed from Ideographs which are based on pictographs. The pictographic word-formation method is to paint the object in a picture. However, the painting tends to the simplification, the abstraction, becomes one kind of mark to demonstrate the object’s characteristic and represent certain significance, and also has certain pronunciation. Our Chinese characters, from the drawing, the mark, the creation, to the stereotypy, from classical Chinese literature large seal script to small seal script, from seal script to official script, regular script, running script and grass script, many kinds of writing style forms gradually. In the written application process of Chinese characters, it has gradually become the only one and independent class in calligraphy art of various nationalities' character in the world.

Banpo Ruins of the Yang Shao culture dating back approximately six millenniums, unearthed some simply painted pottery which were similar to characters. The carved marks of Chinese characters firstly appeared on the earthenware. The initial carved mark only can express a general and obscure concept; it does not have an accurate meaning. These marks have been distinguished from the texture pattern, this may be the origins of Chinese characters.

After the Qin country unified six countries, the characters are called the Qin seal, also called the small seal script, it was simplified by deleting unnecessary material in the bronze inscription and the stone drum inscription. Li Si, the renowned calligrapher, managed to reorganize the small seal script. "The Yi Mountain Carved stone" "The Mount Tai Carved stone" "The Langya Mountain Carved stone" "The Guiji Mountain Carved stone”,these all were created by Li Si. They have an extremely high appraisal in previous dynasties. Besides the above mentioned calligraphy masterpiece in the Qin Dynasty, it also has other versions like zhao ,Quanliang, Wadang, Currency and so on, the style is various. Calligraphy in the Qin Dynasty, left behind a splendid page in our country’s calligraphy history, the breadth of spirit has been great, it can be said that the calligraphy in this period initiated the beginning. 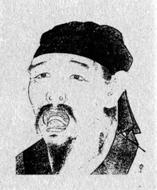 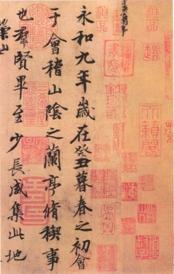 The Jin Dynasty is the richest period of individuality in Chinese history. A man of letters advocated the “Magnanimity”, “Taste” in life and “Neutrality”,”Elegantly simple beauty” in art. Many calligraphy masters appeared, the simple and elegant style of Wang Xizhi’s calligraphy works adapted to the upper literary level’s requirement, the people paid extremely serious attention to the aesthetic value of the characters. Wang Xizhi can fully represent the Wei Jin spirit, also he was the most influential calligrapher in calligraphy history, Wang Xizhi′s running script “the Orchid Pavilion Foreword” is honoured as “the first running script in the world”, said that its writing momentum is like the floating clouds and brisk dragon.

7. Introduction of Calligraphy in the Tang Dynasty

The Tang Dynasty culture to be broad and profound, splendid, had achieved its peak in Chinese feudalism culture. It is also the same with calligraphy; the regular script is mainstream in the Tang Dynasty. The main characteristic is rigorous structure, put in order. Yan Zhenqing, as the representative person, has established the standard for the regular script, set up a model and formed the legitimate style.

8. Calligraphy in the Song Dynasty

Compared with past calligraphy creation, it has great development in personalization and originality in the Song Dynasty. Multi-style in one work appears as a new style which expresses feelings directly, besides calligrapher having to have skill, he was required to have “the knowledge”, namely “Literacy” and “Natural". With his high talent, Su Dongpo figures out a new idea, displaying one kind of natural posture while trying hard to present his calligraphy style, making the knowledge express itself between the characters elegantly and luxuriously and show one kind of new aesthetic ideal condition to people. 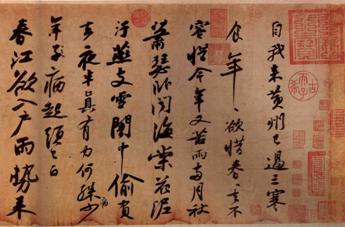 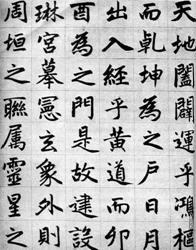 9. Calligraphy Art in the Yuan Dynasty

Taking a wide view of calligraphy in the Yuan Dynasty, the calligraphy characteristic is "Advocating ancient works and respecting calligraphy work on paper", Zhao Mengfu is the key person in the Yuan Dynasty’s calligraphy field, what Zhao Mengfu advocated was “writing is not easy forever”, that idea is stressed in nature. He established regular script “the Zhao style” which expressed the style and feature of “mild and elegant” “fine and graceful”, this is also related to the fact he was a previous dynasty descendant and follower of Buddhism. It must have certain relation to that aesthetic trend that is elegant and transcendent, hoping for one’s spiritual extrication. He advocated that calligraphy and painting should be interlinked and we should pay great attention to character shape. 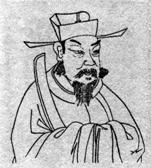 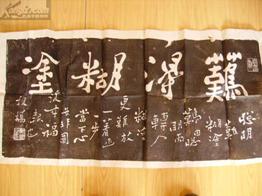 10. Calligraphy in the Ming Dynasty

Calligraphy at the beginning of the Ming dynasty prevails with the “a character accompany with ten thousand characters”, “the Tai Pavilion style”. This is related to the ideological liberation at that time, calligraphy starts to enter into a new field which initiatives personalization. Zheng Banqiao, creates “six and a half body”. 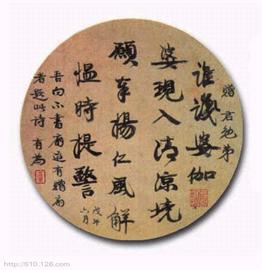 11. Calligraphy in the Qing Dynasty

The cynical atmosphere extends further at the beginning of the Qing Dynasty, calligraphy is unruly and dissolute, and for example, Zhu Da and other people, their works still displayed the self-intrinsic life and one kind of mood performance which cannot stop. Calligraphy work on paper study also developed brilliantly further at the same time. Wang Wenzhi tried hard to display the new appearance, either by pale ink writing or change article structure and so on. But the study of calligraphy work on paper experienced long-time inheritance; it didn't get clean-up, recognition and adjustment. Some kind of long-standing disadvantages deepened, this caused a declining tendency in the Qing Dynasty calligraphy to work on paper. At that time, more and more inscriptions on stone tablets and bronze were unearthed, the intelligentsia transfered their interests from bamboo characters to the studying of the inscription on stone tablets and bronze, suddenly the government and the public came to study the tablet inscription in a swarm, finally, it became the mainstream in the Qing Dynasty calligraphy field. At that time, renowned calligrapher Mr. Kang Youwei wrote on tablet, and enjoyed it very much. It may be said that it is a landscape in Chinese calligraphy culture. If the liberators of calligraphy work on paper who seek for quality but not to realize it themselves, then this kind of desire can be realized in tablet study there. 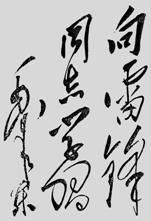 The establishment of new China provided a big development time for calligraphy in China. It can be said that really all flowers bloom together, hundreds of schools of thought contend with this. There are many new-era calligraphers, such as Shen Yimo, Qi Gong, due to the special status of the Mao Zedong, the epigraph influence is biggest, his calligraphy gives people the deepest impression along with content dissemination.
Mao Zedong leaves behind affluent works; it can be divided into three kinds roughly according to the content: One kind is original work poetry or ancient poetry; One kind is letters; One kind is the epigraph” study to Comrade Lei Feng”. Mao Zedong is unrivalled in talent and intelligence, formed his unique calligraphic style which is vigorous and magnificently graceful. In the heroic imposing manner, increased nimble, vigorous, powerful, the momentum change from steep to plain. 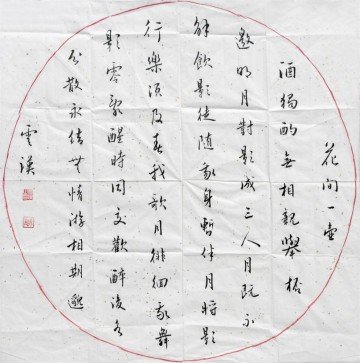 The fitness of organs must conform to the changing climate 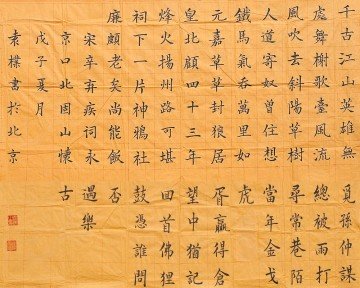 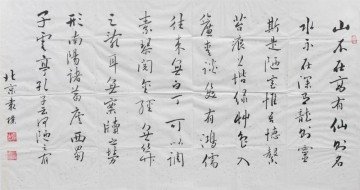 Motto of a Humber Room

Kindness will bring blessing to people 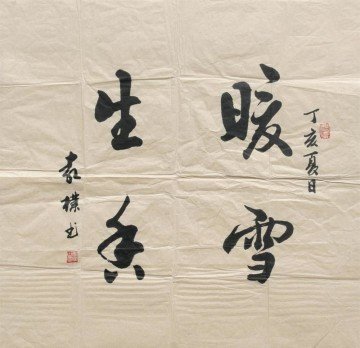 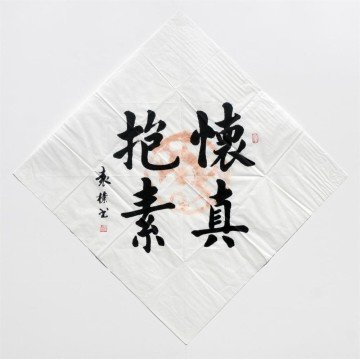 Pursue noble and plain in one character
The Inscription 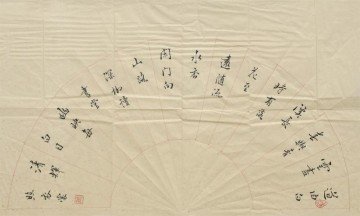 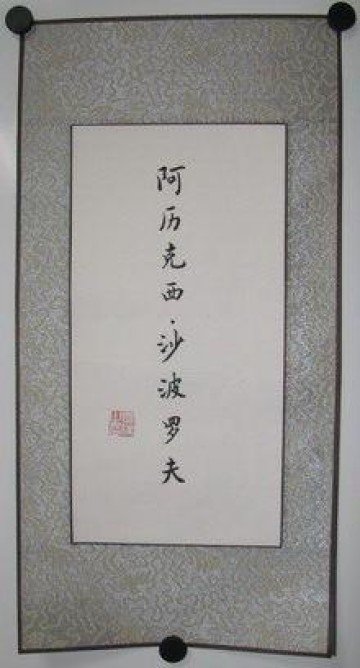 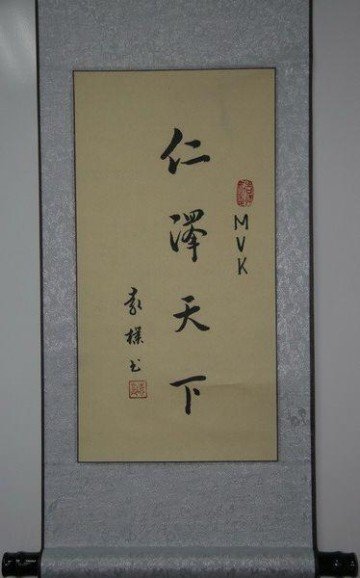 The Inscription (Mercy to the people worldwide)

The Merciful One Loves Everyone 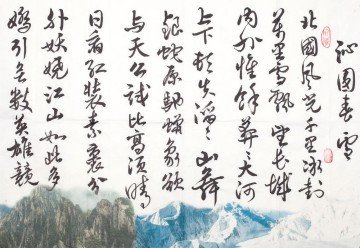 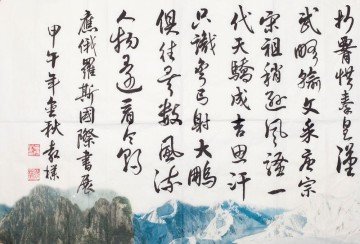 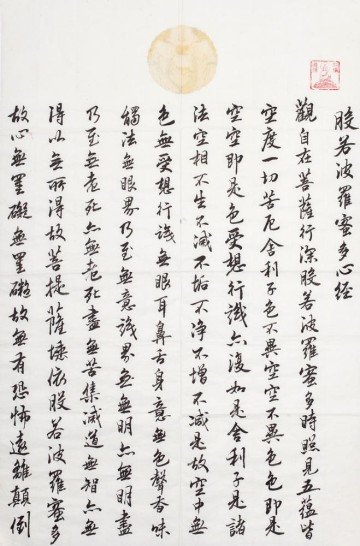 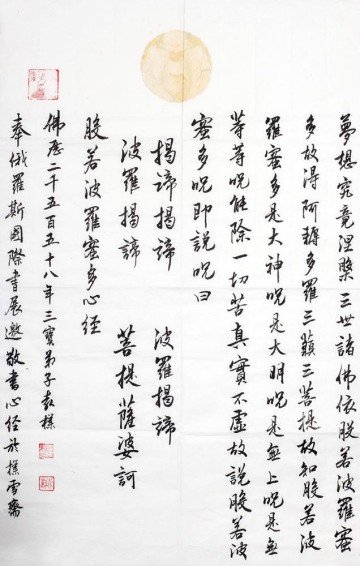