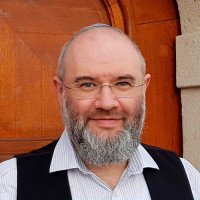 1. Peculiarities of the Hebrew Alphabet

Writing and calligraphy play a crucial role in a three-thousand long Jewish history. The Hebrew Alphabet* is called “alephbet” after the first two letters of the Hebrew alphabet “aleph” and “bet”. The symbols and order of the Hebrew alphabet remain unchangeable, that is why the letters have always been used to indicate figures as well. The full alphabet consists of 27 consonants: 22 basic and 5 additional. 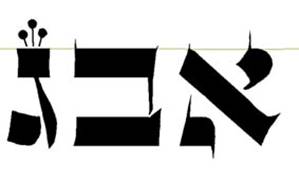 According to the Kabbalah**, sacred calligraphy is the revelation of Mystical insight of the Prophet Moses encoded in 22 scheme letters which in their turn express the interrelation of the 10 highest levels. 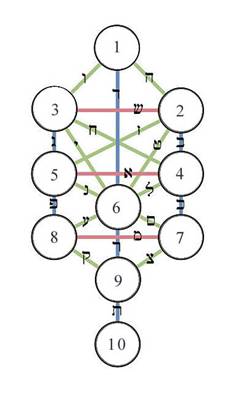 Each letter consists of two interpenetrating forms: the letter itself and the surrounding background. 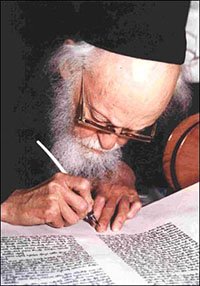 Sacred texts of Judaism include canonic texts of all 24 Tanakh books (full Jewish Bible) and texts which tell the oral Legendary.

Sacred calligraphy serves the execution of texts necessary for following the rules and custom:

Various sacred Jewish texts are written in accordance with certain rules. Let us consider some rules and standards by the example of Mezuzah writing.

The strict cannons determine the final form of each of 27 letters. The rules of writing are fixed in professional reference books in Hebrew. The standards of letter writing are constant and do not depend on the size of the font. 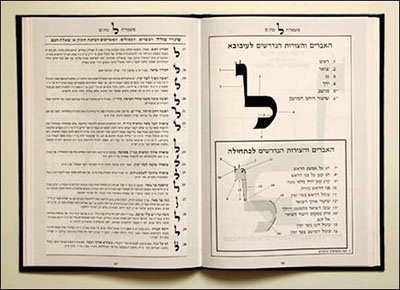 Below are given compulsory standards of writing of the letter “tsadi” which consists of letters “yud” and “nun”: 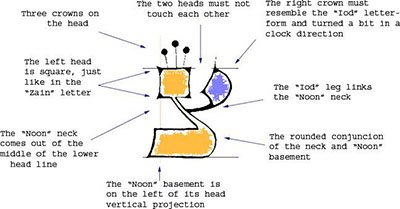 A kosher letter is written in ink only: not engraving, application, nor printing.

Each letter has to be solid and have no splits. A split seen with the naked eye makes the whole letter and text non-kosher.

ЦIntegrity of the background surrounding a letter

Letters mustn’t touch themselves, mustn’t touch one another or the parchment edge. Contact between letters seen with the naked eye makes the whole letter and text non-kosher.

The letters are written from right to left just like the text is read. A missed letter cannot be written afterwards.

Only specially dressed skins of kosher animals (calf, goat) can be used as writing material.  Papyrus or paper are not used. 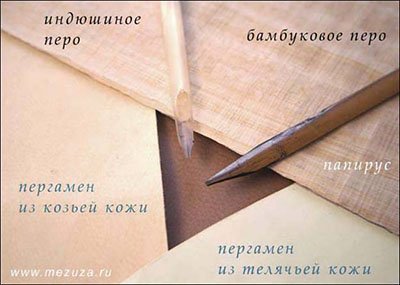 Black varnish ink is used for writing. At present time it is made of soot, gall, wood resin and blue stone.  The written letters shine like wood resin. Varnish ink is not water-proof.

Since times immemorial scribes had used pens of reed. In the medieval times kosher bird quills (turkey, goose) were widely spread. The advantage of bird quill is that a scribe can write the broadest and tiniest lines with one and the same quill. Metal quills are not used. 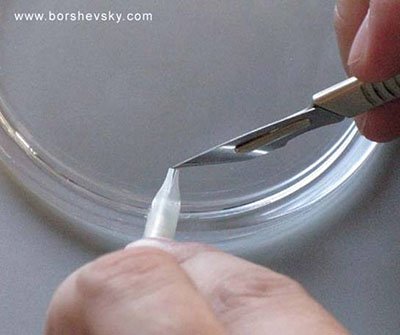 Except for tefillin scrolls preliminary lining of parchment is a compulsory procedure for writing a sacred text and is done manually. The letters are written under perforated lines.

The elements of letters are written from right to left along the nap of the parchment.  Sacred texts are not written from memory, but copied. When writing a scribe pronounces out loud every sentence, and then puts it down.

Traditions and usage of advanced technologies

After a manuscript is ready it is thoroughly checked:

In addition to this control nowadays they use computer copy testing which has already proved its efficiency.

*Alphabet – a foreign word “alphabet” is derived from the names of the first two letters of Greek alphabet “alpha” and “beta” which are identical to Aramaic names of letters of Hebrew alphabet: “aleph” and  “bet”. Among 33 letters of the modern Cyrillic Russian alphabet 5 originate from the Hebrew language: Ж. Ц. Ч. Ш. Щ.
**Kabbalah – Hebrew: “received Legendary”, a mystical part of the oral Tradition. 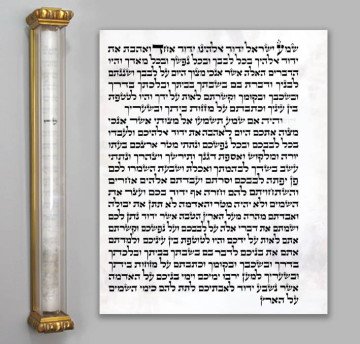 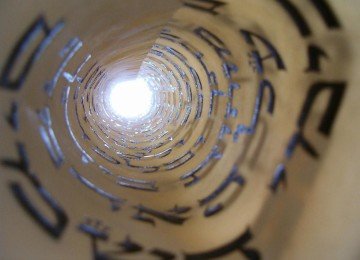 The interior of the world’s largest Kosher Mezuzah is written by A. Borschevsky and registered in the Guinness World Records book of in 2004.
Author reprint, 38.5x29 cm, 2004 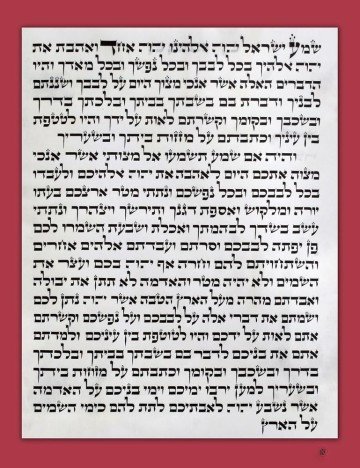 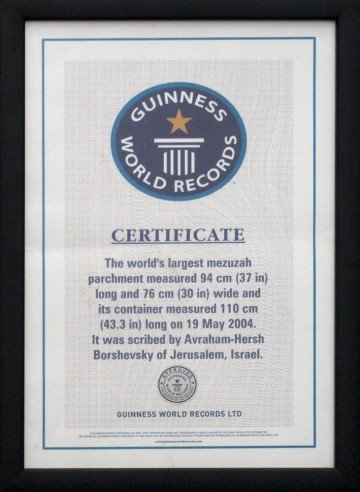 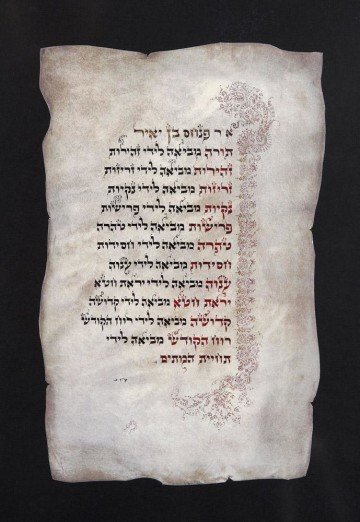 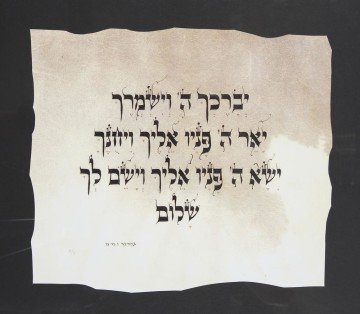 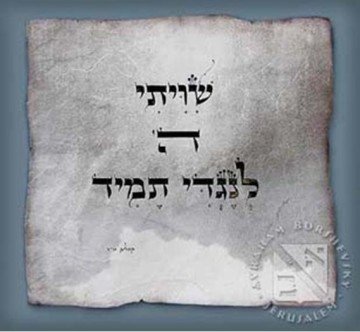 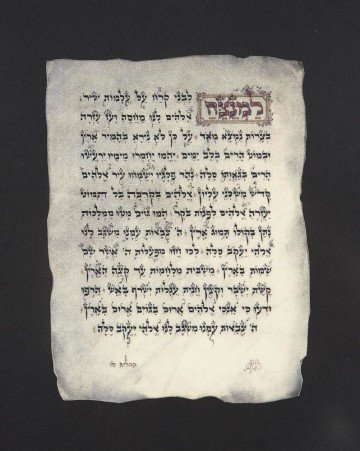 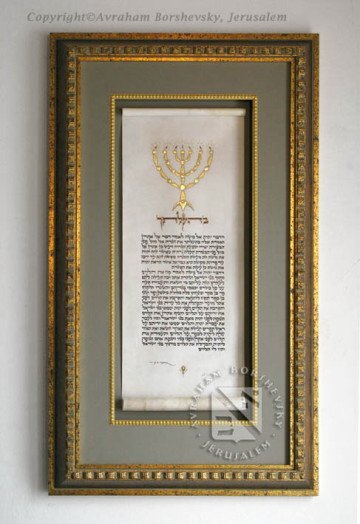 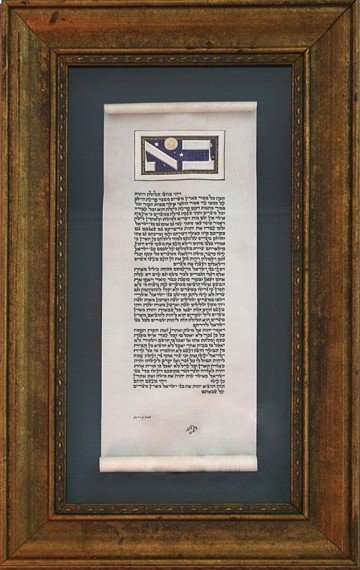 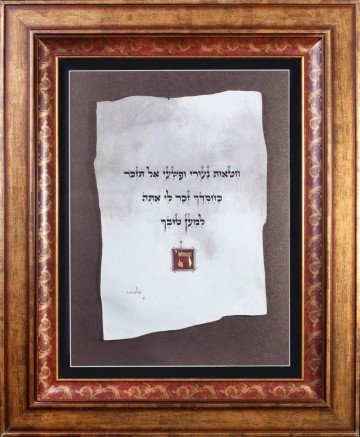 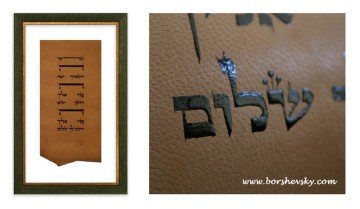 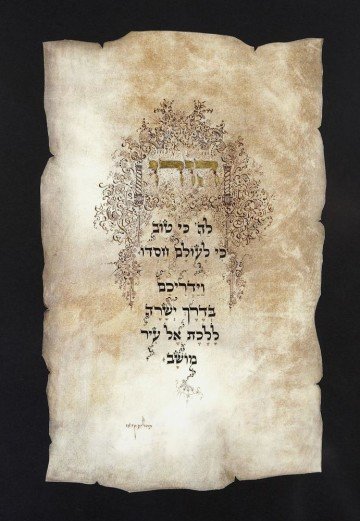 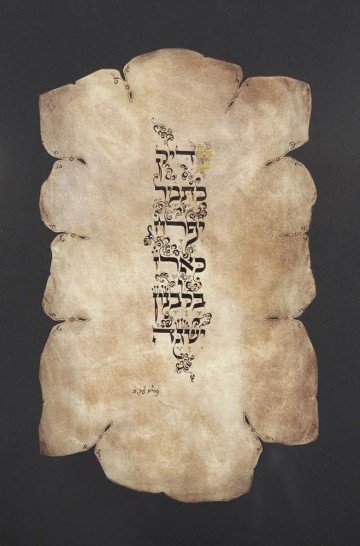 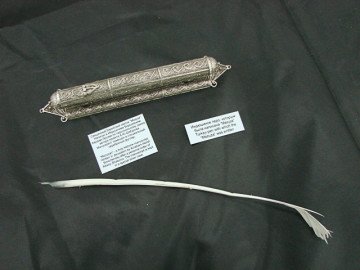 Mezuzah and a pen 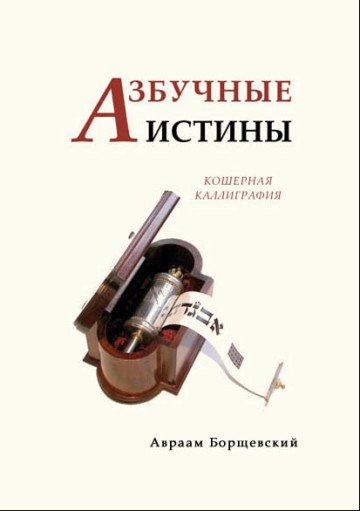