A unique exhibit, the Golden Quran, will be demonstrated within the framework of the II International Exhibition of Calligraphy in Moscow from October 14 till November 14, 2009. 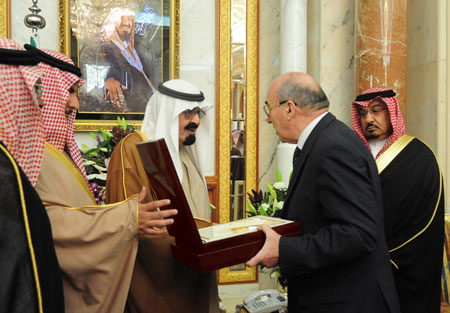 The only and exact copy of The Quran of Uthman, the most ancient Islamic manuscript dated to the 8th century was made of Au 999 gold at the Moscow Mint of the Ministry of Finance of Russia in 2006 by request of the WT company. The Golden Quran consists of 162 plates according to the number of pages of the original. It took the Moscow Mint a year and a half to make the copy. This work of art is of the highest museum quality and has no analogues in the world. The world’s most ancient manuscript is the property of the Russian Federation kept in St. Petersburg Institute of Oriental Manuscripts under the Russian Academy of Sciences (former Oriental Studies Museum founded by Peter the Great). 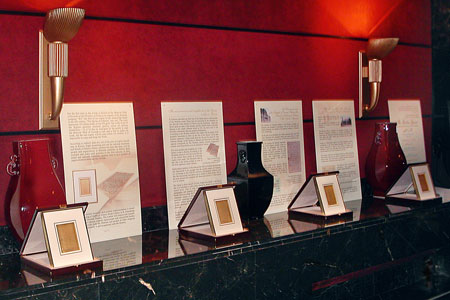 In Moscow the Golden Quran was demonstrated for one time only in the State Pushkin Museum of Fine Arts in 2007. Some pages of the Golden Quran were exhibited at the Holy Quran international shows in Iran and Libya and the Dialogue of Civilizations world public conference in Bahrain. 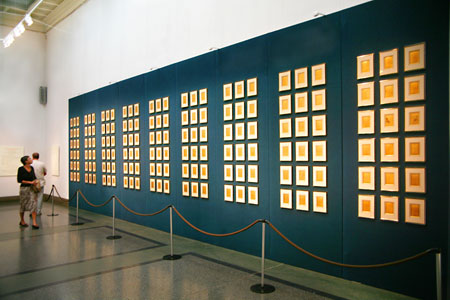 His Holiness Alexis II Patriarch of Moscow and All Russia wrote that “presentation of copies of the ancient Quran manuscript to the leaders of Muslim states will contribute to improvement of friendly international relations”.

Thus, in March 2009 a golden copy of one page of the most ancient manuscripts dated to the 8th century was presented to the King of Saudi Arabia, Abdullah bin Abdulaziz Al Saud. The gift was presented by Veniamin Popov, Director of the Centre of Partnership and Civilizations. Mr. Avdeyev, Minister of Culture of the Russian Federation was present at the official ceremony in the Riyadh royal palace.

Some commentaries about the Golden Quran:

“The Golden Quran is a unique piece of art and a symbol of Russia’s respect of all people practicing Islam and upholding its values. It is aimed at rapprochement of people of various nationalities and confessions in Russia and all across the world.”

“The Golden Quran is a universal cultural heritage and heritage of the humankind which demonstrates the attitude of Russia to Islamic spiritual values and forms a positive image of Russia abroad. The Golden Quran deserves high opinion in terms of aesthetic design. The technique is perfect. A unique advanced technology and correspondence to the spiritual source make the Golden Quran a piece of art of the 21st century pervaded with a special acuteness of artistic perception and a peculiar aesthetic aspect.”