Many a year has passed since the end of the Great Patriotic War, many an event that seemed epochal, is now forgotten, while the Victory Day remains one of the main holidays in Russia. Perhaps, the explanation for this phenomenon is that each family had paid a high price for this victory; each family remembers fathers, grandfathers, great grandfathers who did not come back

Professor Leonid Pronenko, Honored Artist of the Russian Federation, wrote, “Congratulations are not of the happy lot, with tears in my eyes — my whole family had died in the war: running out of ammo behind a machine gun, or burned alive in a tank, saving his comrades, and some were cut down by a stray bullet in Hungary.”

Deeply touched, we adhere to the words of Pyotr Chobitko, President of the Russian Union of Calligraphers:
“Our congratulations on the Day of the Great VICTORY!
We do believe that such a Great Victory may belong only to a Great Nation,
the very Spirit of which is forever unconquered.
Those who have an unconquered spirit never die!” 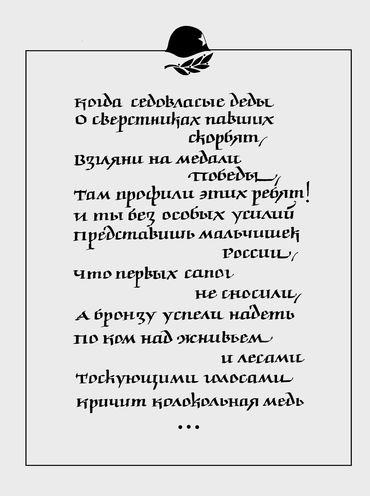 A work by Leonid Pronenko 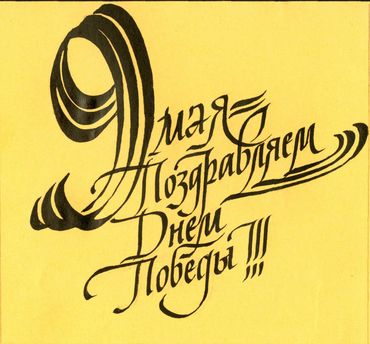 A work by Pyotr Chobitko