In its article on private museums and collections, Forbes named the Contemporary Museum of Calligraphy among the major exhibition venues in Russia.

According to the chart shown, the largest increase in the number of privately-owned museums was observed during the first decade of the 21st century. That is exactly when, on August 14, 2008, the Contemporary Museum of Calligraphy was established. Over the past ten years, its has become the driver behind the development of calligraphy in Russia and a unique platform attracting calligraphers from across the globe.

To date, the museum’s collection, which is both large and unique, exceeds 3,000 pieces — some of which are listed in the Guinness World Records. Its projects are supported by the Commission of the Russian Federation for UNESCO as well as by leaders of the main religious denominations in Russia.

Alongside such famous museums as Vadim Zadorozhny's Vehicle Museum, the Garage Museum of Contemporary Art, and some others, the Contemporary Museum of Calligraphy has contributed greatly to the rise of private museums in Russia, and remains one of the most famous cultural destinations in Moscow. 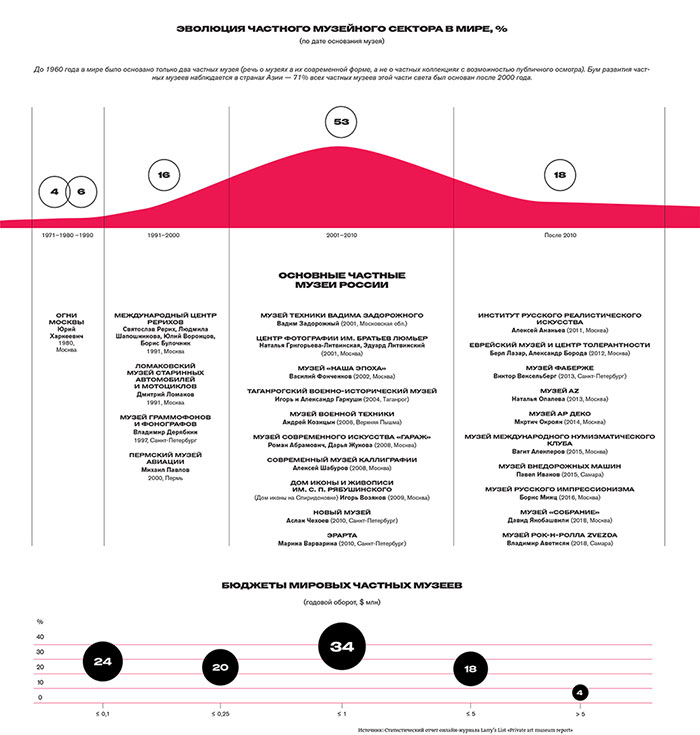