Mao Guangsong, Professor in the Training Centre of the Chinese Association of Calligraphers and expert in cuan calligraphy created an artwork reflecting upon the unity of Chinese and Russian peoples in the face of hardships. He chose to express his feeling in his usual manner and wrote a beautiful calligraphy in his unique Mao Cuan style. The poster says: Russia and China are one family. United, we are invincible. Professor also thanked Alexei Shaburov, Director of the World Calligraphy Museum for his support of Chinese people in the battle with the epidemic.

Yuan Pu, Professor of Beijing Institute of Graphic Communications expressed his support with a line of old poem: Though miles apart, we are under the same sky. Russia and China with mutual help will win the fight against the epidemic. 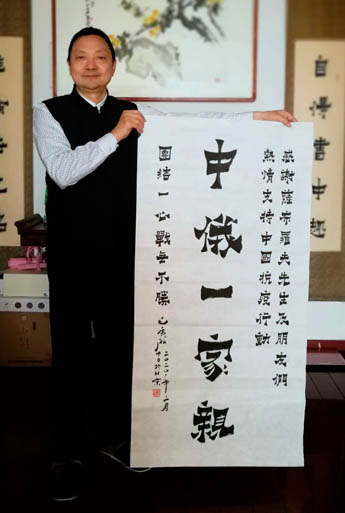 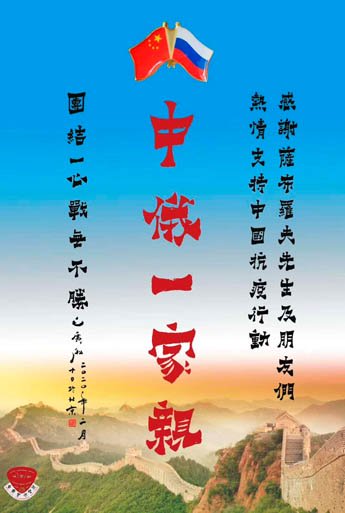 Mao Guangsong. Russia and China are one family 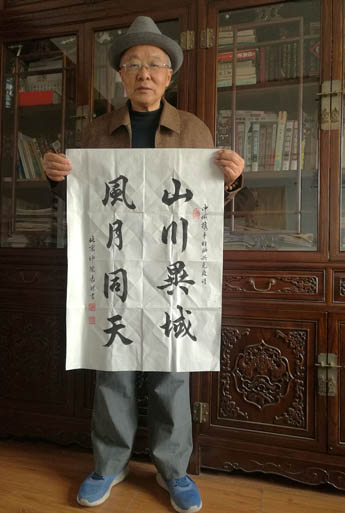 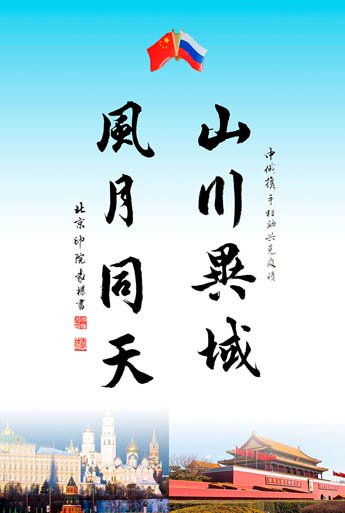 Yuan Pu. Though miles apart, we are under the same sky
Back to list