While there is calligraphy in western countries, in Japan, shodo is deeply rooted as an art form primarily because every character has meaning in and of itself and because of the distinct and artistic shape of each character.

Calligraphy came to Japan from China, brought primarily by Zen Buddhist monks, therefore it has always been associated with Buddhism and the long hours of meditation by the monks. For centuries, the Japanese have considered calligraphy to be a fine art somewhat like painting in that in either calligraphy or painting, the artist enjoys self-expression.

However, for any surface, a calligrapher has but one chance to create with the brush, because the brush strokes cannot be corrected. The calligrapher must concentrate and be fluid in executing a stroke. Every single stroke is born where the brush meets the surface in the “brush awakening” (kihitsu), develops as the brush moves across the surface (shohitsu) and disappears as the “brush ends” (shuhitsu) raise from the surface back into the space from which they came.

All of the individuality of that stroke is generated by variations in pressure, angle of the brush, direction of movement and manipulations of the end hairs. The brush writes a statement about the calligrapher. To write Zen calligraphy with mastery, one must clear their mind and let the stokes flow out of themselves.

It’s not accomplished by virtue of determination or tremendous effort. For a serious calligrapher, before taking part in the Japanese tea ceremony, one is to look seriously at a work of shodo to clear their mind. Many Japanese practice calligraphy as a way to develop their character, as well as to develop a sense of esthetics.

While it has been practiced for centuries in Japan, it remains very popular today and is quite popular at every level of the educational system. In high school, it’s offered as an art class along with music and painting, as well as being popular as a school club activity. Some universities have calligraphy programs which emphasize teacher-training for future K–12 teachers.

One of the most popular canvases on which calligraphers show their artistic skills are decorative 18 x 21 centimeter art boards called a “shikishi”. We have several shikishi with very skillfully done calligraphy work, but our favorite is one done by former Kameoka mayor and long-time friend Yoshihisa Taniguchi which is truly a piece of artwork. 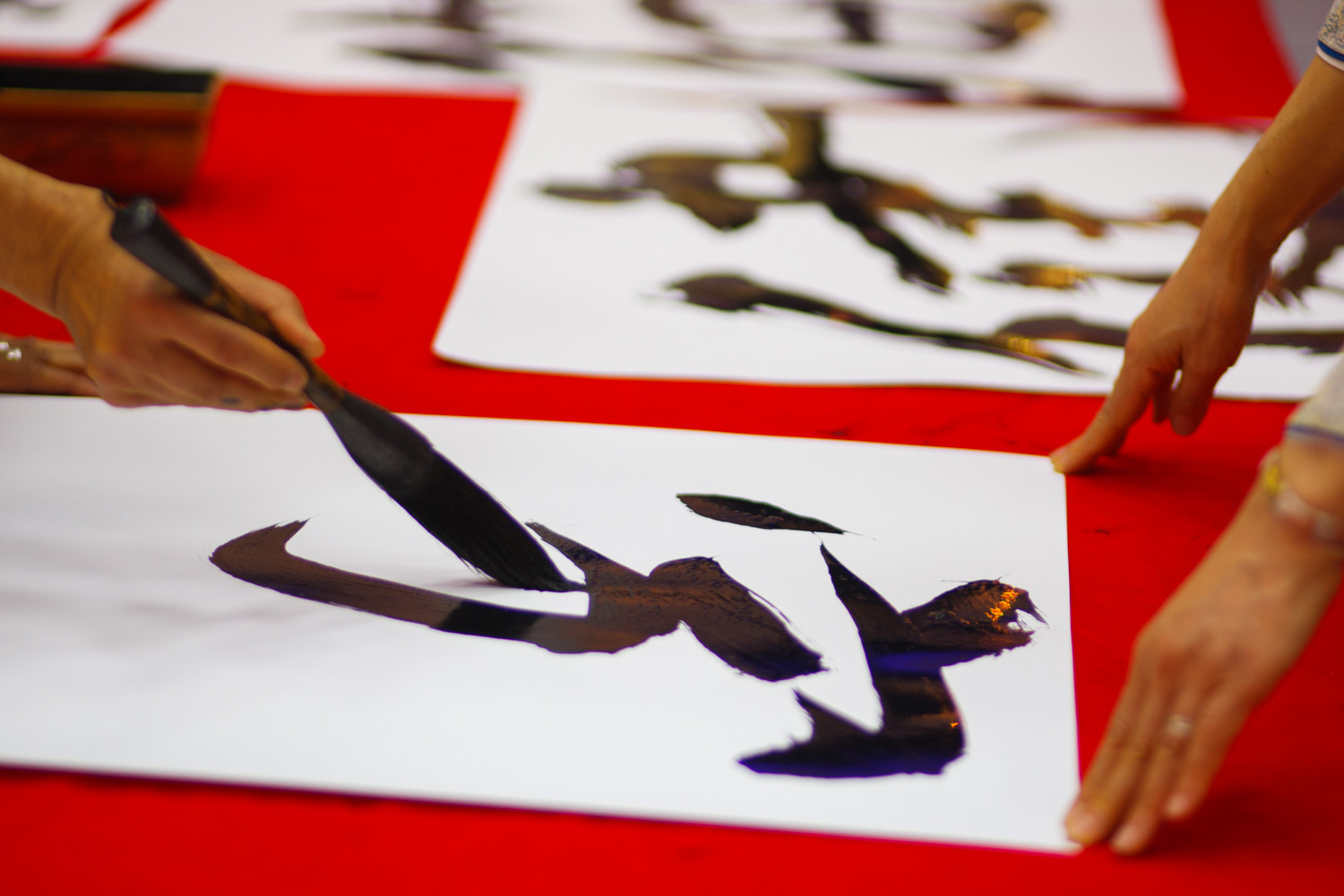