A theory of successful entrepreneurship at the MGIMO University

Alexey Shaburov, President of Sokolniki Exhibition and Convention Centre addressed the audience of his Alma Mater yesterday. He gave a lecture entitled “It is not only an idea that matters, but also its realization” and spoke about the successful entrepreneurship in Russia. 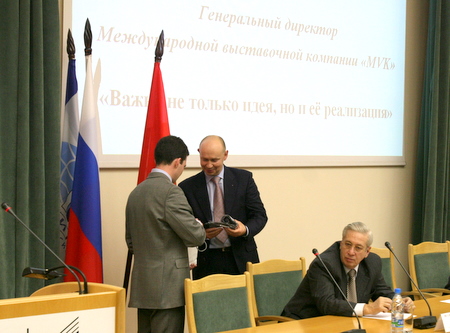 The university’s state room was jam-packed with the young people wishing to learn about how Sokolniki ECC had organized its first project at the North Pole, to hear funny stories about the Sokolniki ECC’s exhibition at the Eiffel tower (by the way, this exhibition was included in the Guinness World Records). Of course, many questions were asked about the main current project – the International Exhibition of Calligraphy. 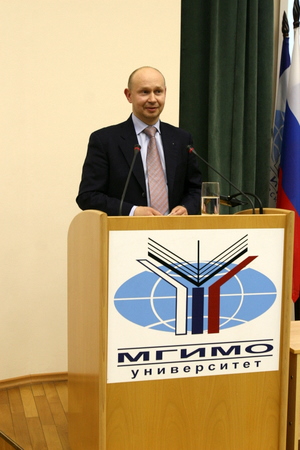 The concept and the realization of this refined project attracted everybody’s attention. Everybody wanted to know what was behind the idea to organize such a project and how the concept itself had emerged. Alexey Shaburov told in his witty and entertaining manner about the details and interesting facts of his project. 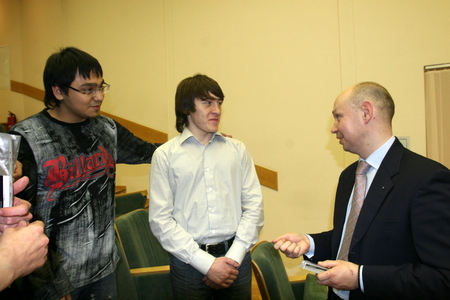 He also mentioned the Sakura Festival within the framework of the Days of Japanese Culture scheduled for April 14-19, 2009, in Sokolniki Park. Everyone who was in the hall at that moment felt and couldn’t help expressing a strong desire to attend the festival and see all the things Alexey Shaburov, graduate of the International Law Department, the MGIMO University, President of the Sokolniki Exhibition and Convention Centre had been speaking about with their own eyes.