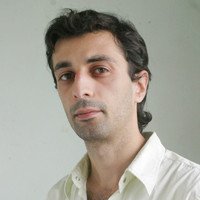 History of calligraphy in Armenia

The mid-Armenian period in written manuscripts (poetics, judicial, medicine and agricultural works) for a wide range of readers began from 12th century. In the Cilician époque of Armenian history (11th—14th), due to urbanization, development of trade between East and West, contacts with European countries, europezation of statehood and mode of life — the vernacular language acquired a status equal to classical ancient Armenian.

Further evolution took place when new-Armenian evolved from mid-Armenian. It became fully adopted by literature only in first half of 19th. New-Armenian is subdivided into two literature languages — “Western” (Turkish Armenia and its colonies in Western Europe) and “Eastern” (Armenia with colonies in Russia etc.). Mid-Armenian and new-Armenian have a huge difference with ancient Armenian in grammar and vocabulary aspects. Morphology suffers a lot of changes (for instance, in plural forms of names, passive voice etc), as well as the simplification of content in general. Syntax in its turn acquired many peculiar traits.

Book-printing in Armenian emerged in the 16th century due to Akop Megapart.

Tens of ancient literature masterpieces survived only through their Armenian copies: Zenon, Eusebius of Caesarea, Aristides, Philo of Alexandria, Saint John Chrysostom and many others, while translations of Aristotle and Plato into Armenian are considered to be the most precise.

Mesrop Mashtots was born in the beginning of the 360s in the village of Hatsik in the family of semi-dependent peasants, Vardan. Taron province, his motherland, was considered to be one of the cultural centres of Armenia with an archaic, traditional population at that time. Being not at all poor, Mashtots was educated in the 370s in the Greek-language Armenian school. He mastered Greek, Syrian and Persian. After moving to Vagharshapat in 385 he served at the court of the Armenian tsar Chosroes III. He was in military service and is likely to have a military degree. He also worked as a writer and secretary in the tsar’s secretariat. Then he started to profoundly learn Holy Scriptures. Years of court service played a great role in forming his views on religion and politics. When serving in 392-393 he finally adopted Christianity.

Afterwards he left service in 395—396, became a monk and preacher of the Gospel among Armenian pagans. Soon with a group of friends he moved to Rotastak (Golthn region) near Naxcivan where he made his first propagations.

At that time he led a hermit’s life. After 387 a major part of Armenia was occupied by Persia, Greek schools were closed and the country suffered political and culture crisis.

The Pagan tradition revived when Armenian kingdom was weakened. Mashtots saw the only solution to the problem in strengthening Christianity among Armenians. The National alphabet was supposed to be a means of developing Armenian early feudal culture thus preserving the political, religious and culture traditions of the Armenian nation.

Mashtots turned to Catholicos for creating an Armenian alphabet. In the capital Vagharshapat he was encouraged by Isaac Parteva. With the help of Catholicos they began searching for an adequate alphabet for the translation of liturgy books.

Announcement of a state language

After the Vagharshapat meeting around 404 year Vagrich Haduni, tzar envoy, delivered from one Mesopotamian bishop Daniel delivered the so-called “Daniel scriptures”, the origins of which are still contested. What is known is the fact that Mesrop Mashtots and Isaac Parteva, learning all the existed alphabets of that time, adapted “Daniel scriptures” as ancient Armenian and tried to restore them. Tsar Vramshapuh ordered them to introduce the new alphabet in Armenia thus he announced Armenian as a state language.

Mashtots after acquiring the status of archimandrite he began teaching two students with the use of the “Daniel scriptures”. He practiced using “Daniel scriptures” in lessons for around two years. But this alphabet could not fully reflect the phonetics of Armenian. It was incomplete and imperfect. Historical importance of these events was the state status of Armenian. Later Mashtots initiated a new true alphabet.

By royal order and with the agreement of Catholicos, Mashtots with his students organized an expedition to North Mesopotamia, to one of the largest scientific centres of that time — Edessa and started his research from the famous Edessian book stack. By 405-406 in the city of Edessa, after years of long scientific research, Mashtots invented a 36-letter Armenian alphabet. He put letters in order according to the Greek alphabet. Mashtots in his work turned to Greek, Pechlevy (mid-Persian), Ethiopian and other writing systems.

After the invention of the alphabet he came to Samosata where with help of a Greek penman and calligraphist Rufinus made Armenian letters technically perfect. So in Samosata his work was finished. Mashtots, and his two students and penman Rufinus began the interpretation of the Bible into the new alphabet with Solomon’s principle thus giving a serious test to the newly-created alphabet. Obviously, his main purpose in Samosata Mesrop considered the interpretation of small fragments from the Bible and their calligraphic design as his main mission in Samosata. Having visited the Syrian bishop, Mashtots with his students moved on to Armenia. According to annalist he spent about a year in Mesopotamian towns. In Armenia Catholicos Isaac gave Mesrop Mashtots a group of monk-scientists for a final definition of phonetics and orthography standards of the Armenian language.

After the invention of the alphabet, Mashtots with his students again went on propagations in state provinces with his students. As a rule he combined gospels with lessons of alphabet and grammar. In the 410s Mashtots introduced the new alphabet on a major pаrt of Eastern Armenia.

A large cultural and educational movement was developing in the whole country. Mashtots and Isaac sent the most prepared students to various parts of Armenia to teach scholars and popularize Christianity. Then after introducing new writing they turned to interpretation of the Bible. When the country was separated and Greek books, Mesrop and Isaac made the first bible interpretations on the basis of Syrian texts. 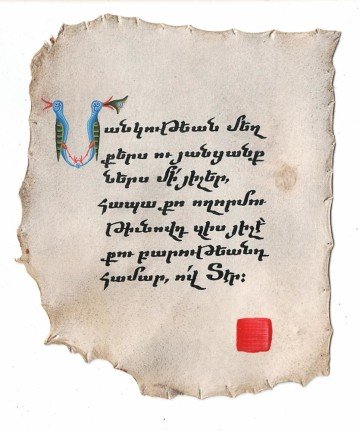 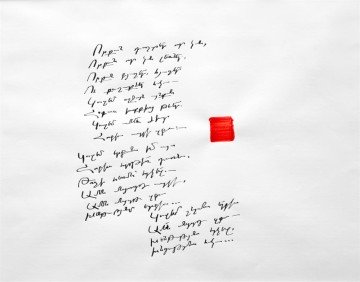 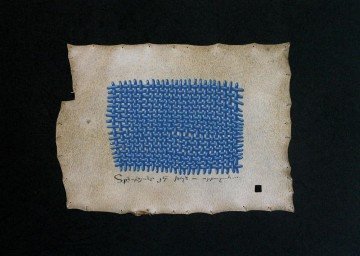 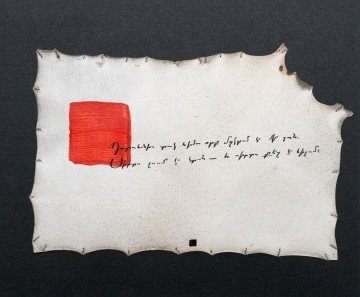 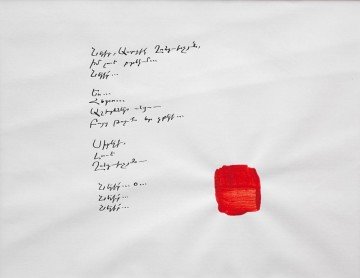 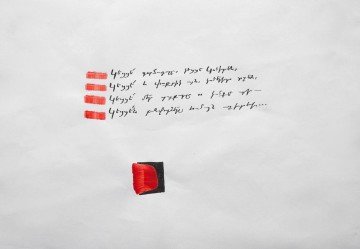 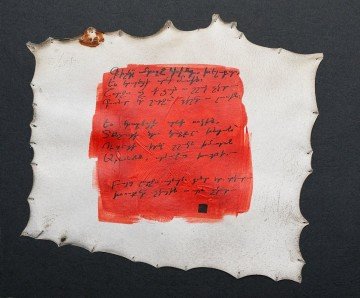 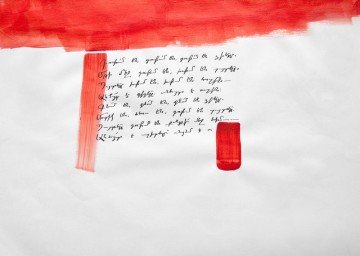 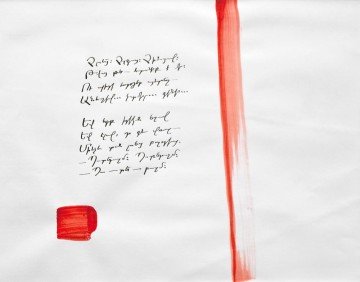