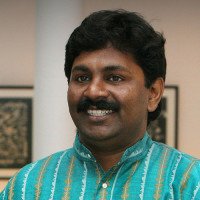 India is known for its diverse scripts and languages. You find a different language, script and culture as you cross a border of any State of India. Hindi is the national language of India and ‘Devnagari’ is the script used for writing this language.

Asoka's edicts (c. 265–238 BC) were committed to stone. These inscriptions are stiff and angular in form. Asoka was the first Indian emperor to promote his dynasty through carved stones and pillars. The amenities he created for the villages, stone engraved rules of law of his dynasty, still serve as living reflections of Indian history. Following the Asoka style of Indian writing, two new calligraphic types appear: Kharoṣṭhī and Brahmi. Kharoṣṭhī was used in the northwestern regions of India from the 3rd century BC to the 4th century of the Christian Era, and it was used in Central Asia until the 8th century.

Brahmi script is the origin of Devnagari script. ‘Dev’ means God, and ‘Nagari’ means city. Thus Devnagari means script from the city of Gods. Direction of writing Devnagari is left to right in horizontal motion. Religious texts are the most frequent subject for calligraphy. Monastic Buddhist communities had members trained in calligraphy having shared responsibility for duplicating sacred scriptures. Jaina traders incorporated illustrated manuscripts celebrating Jaina saints. The holy book of the Sikhs has been traditionally handwritten with illuminated examples.

Copper was a favoured material for Indian inscriptions. In the north of India, birch bark was used as a writing surface as early as the 2nd century AD. Many Indian manuscripts were written on palm leaves, even after the Indian languages were put on paper in the 13th century. Both sides of the leaves were used for writing. Long rectangular strips were gathered on top of one another, holes were drilled through all the leaves, and the book was held together by string. Books of this manufacture were common to Southeast Asia. The palm leaf was an excellent surface for penwriting, making possible the delicate lettering used in many of the scripts of southern Asia.

In the 16th Century Saint Ramdas from Maharshtra one of the States of India wrote many things about the beautiful handwriting process. He highlighted the fine nuances calligraphy like posture, ways of holding the tool, treatment of surface, neatness, blackness of the ink, etc.

Indian Calligraphists over history have worked with a wide range of materials ranging from clay coins, stone, metal, cloth, leaves to paper. Exquisitely styled ink-pots are a special feature of Indian Calligraphy. India has a rich heritage of Calligraphy in the form of documents and monuments. 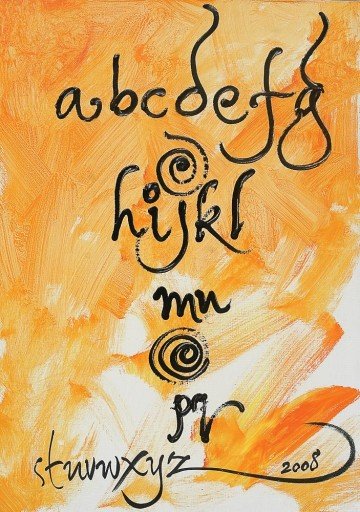 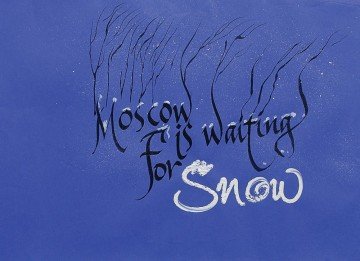 Moscow is Waiting for Snow 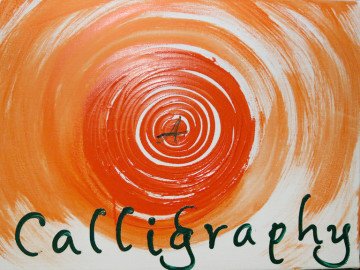 The Beauty of Calligraphy 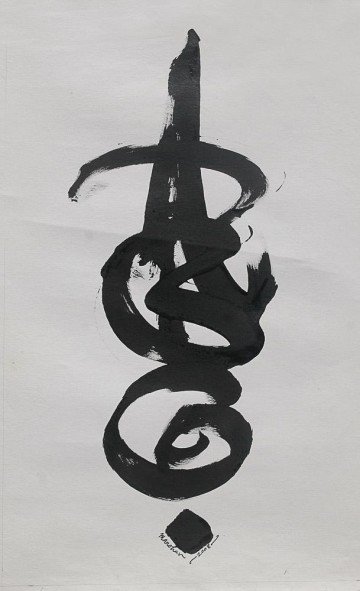 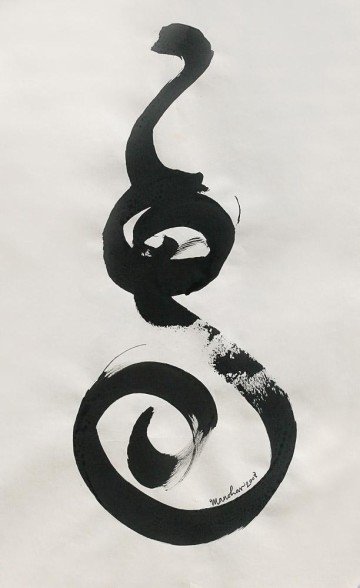 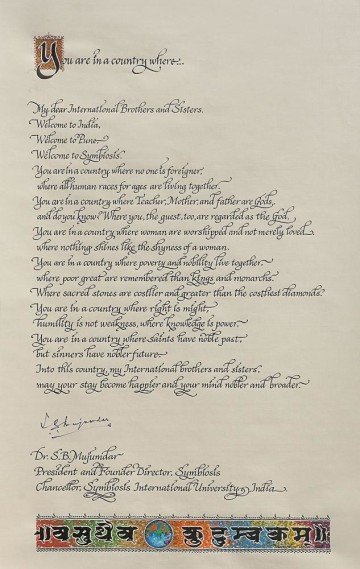 You Are in a Country Where 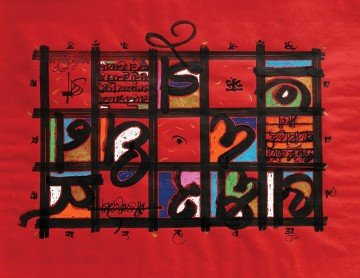 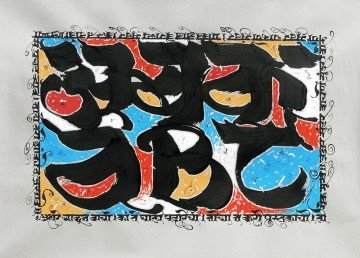 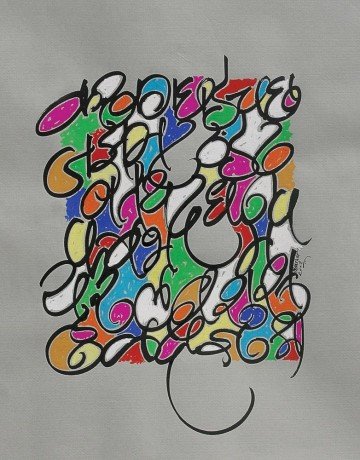 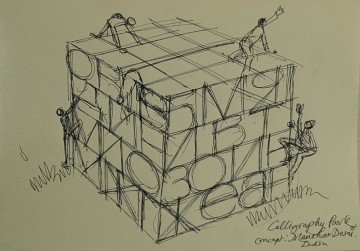 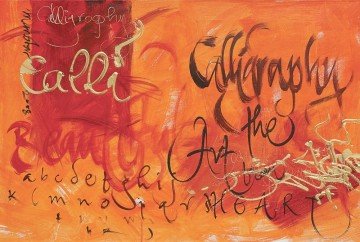 Calligraphy From the Heart 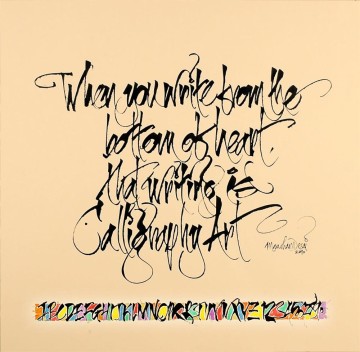 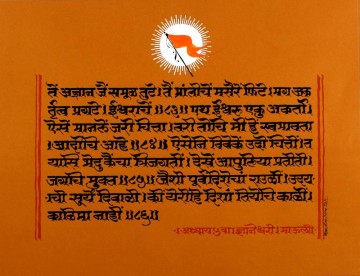 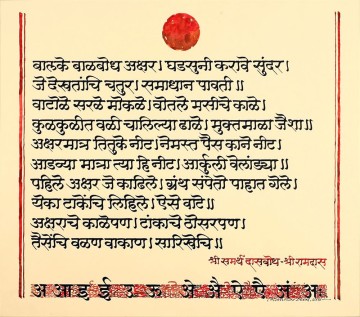 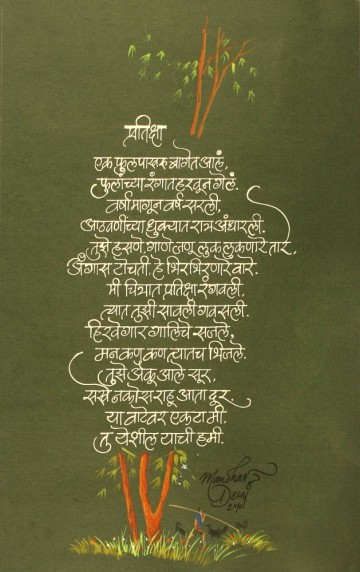 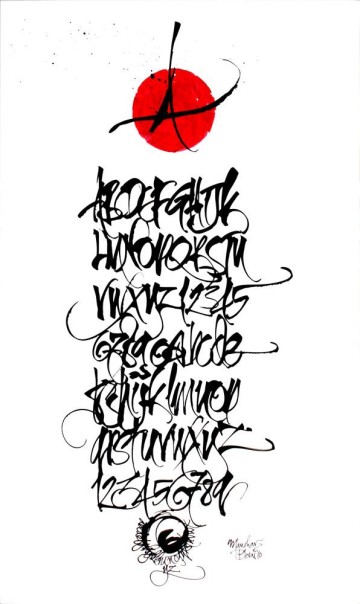 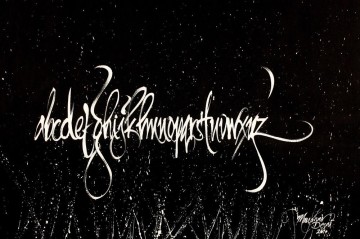 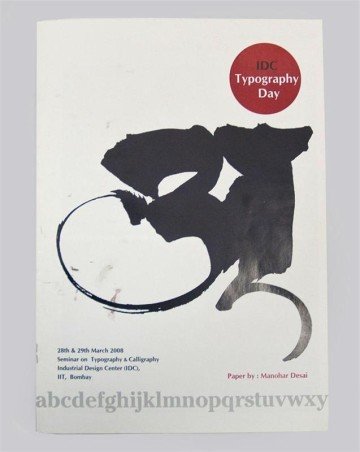 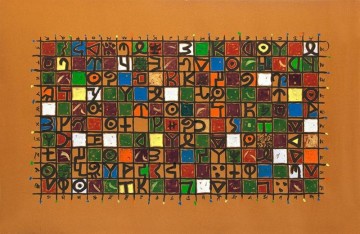