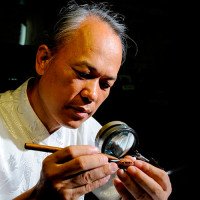 The Ancient Art of Writing: Selections from the History of Chinese Calligraphy

To meet the need for recording information and ideas, unique expressions and forms of calligraphy, the art of writing, developed over the ages in the tradition of Chinese culture. This art naturally became a part of daily life, forming a continuous link between past and present. The history of Chinese calligraphy has long been a subject of interest.

The Ch′in (221-207 BC) and Han (206 BC-AD 220) dynasties represent a critical era in the history of Chinese calligraphy. On the one hand, diverse types of brushed and engraved ancient and large seal scripts were unified into a standard form known as small seal script. On the other hand, the process of abbreviating and adapting seal script to form clerical script (which had emerged previously in the Eastern Chou dynasty) was finalized, thereby creating the universal script type of the Han dynasty. In the trend towards abbreviation and brevity in writing, clerical script continued to evolve and eventually led to the forms of cursive, running, and standard script. Since changes in writing did not take place overnight, transitional styles and mixtures of script types appeared in the chaotic post-Han period. This transformation over the ages gradually led to the establishment of set brush strokes and character forms.

The Sui (581-618) and T′ang (618-907) dynasties represent another crucial period in Chinese calligraphy. Political unification brought calligraphic styles of the north and south together as methods of brushwork were formulated. Starting from this time, standard script would become the universal script type of the land. In the Sung dynasty (960-1279), the tradition of making engraved modelbook copies became popular as a way to preserve works of the ancient masters. Sung scholar-artists, however, were not satisfied with just following tradition, because they considered calligraphy also as a means of creativity and personal expression.

Yüan dynasty (1279-1368) revivalist calligraphers, in their pursuit of antiquity, developed classical Chin and T′ang traditions even further. At the same time, notions about artistic freedom and liberation from rules also gained momentum, becoming a main trend in Ming dynasty (1368-1644) calligraphy. Among the diverse manners of that period, semi-cursive script is noted in particular for an elegant freedom that contrasts with more conservative manners. Ming calligraphy thus stands out for the development of individual styles that extend beyond current trends.

Starting in the Ch′ing dynasty (1644-1911), scholars increasingly turned to works of seal and clerical script that were discovered from China’s ancient past. In their studies and adaptations of these authentic works, scholars created a school of calligraphy that complemented that of modelbook writings. Thus, they formed yet another link between past and present in their approach to tradition, which has been the source of much creativity and personal expression in Chinese calligraphy through the ages. 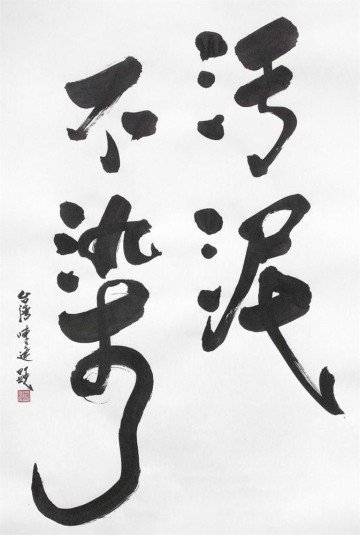 The Lotus Lives in Silt But Not Imbrued 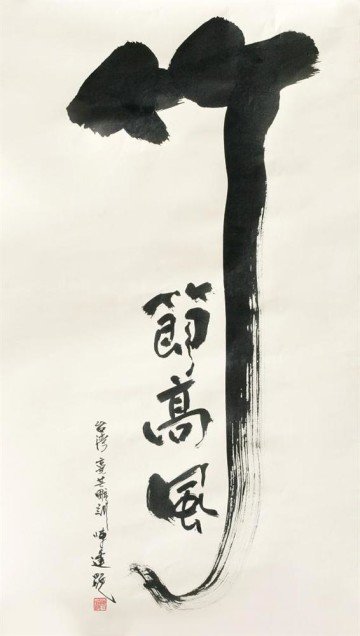 A Chinese Idiom, meaning "A Gentlemen Who Has Good Character" 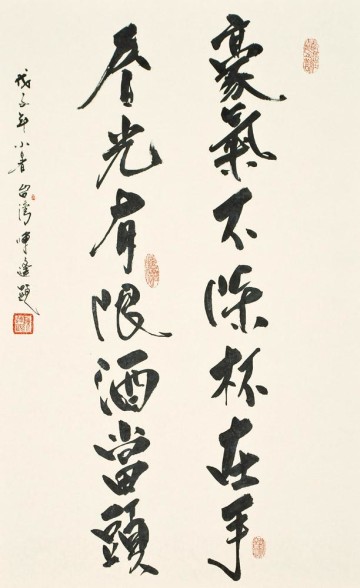 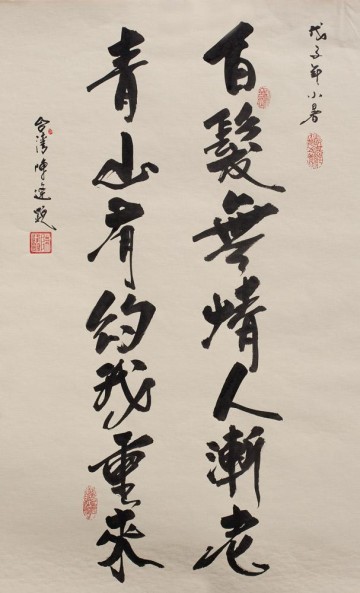 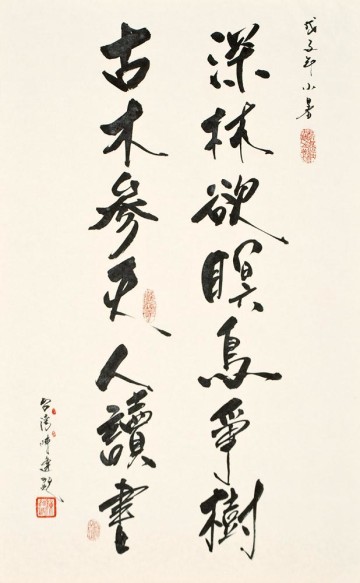 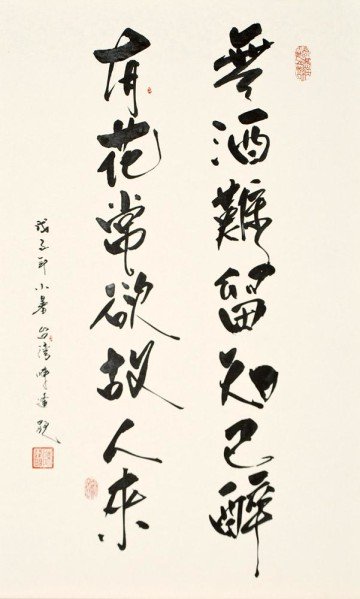 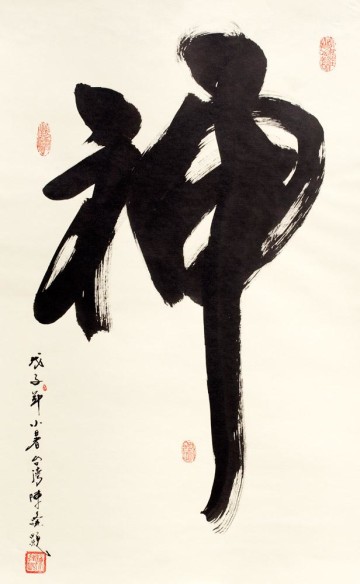 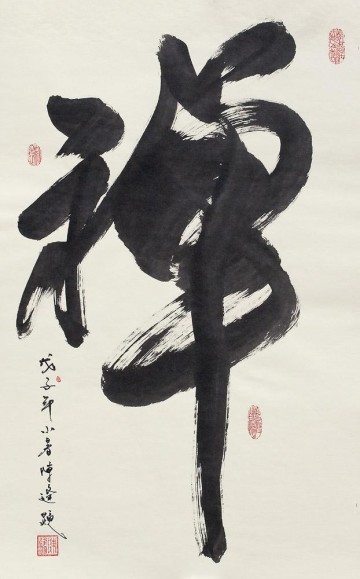 Russia, I love you

Hand of Friendship (a hand pulls another hand)

Wind Gives Rise to a Wave 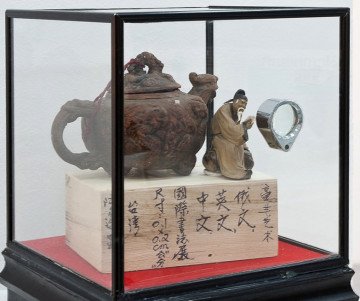 Composition with a miniature book 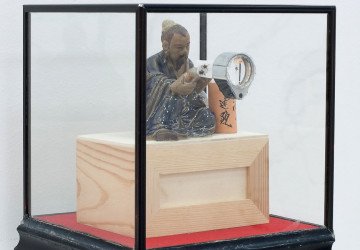 Sculpture composition with a fly 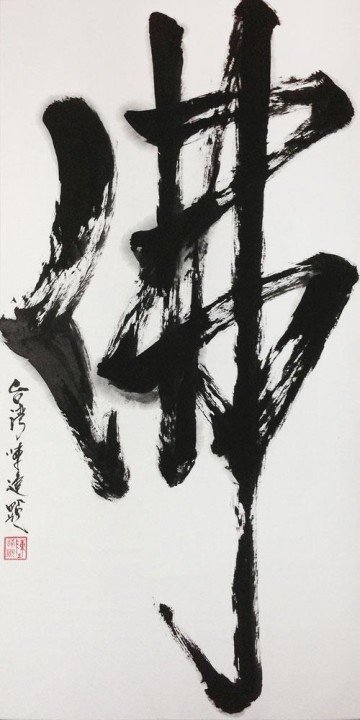 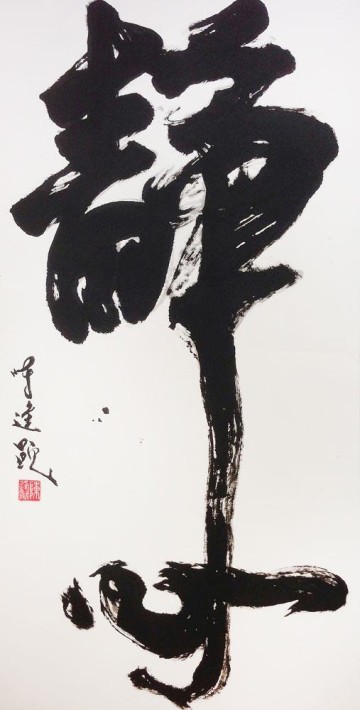 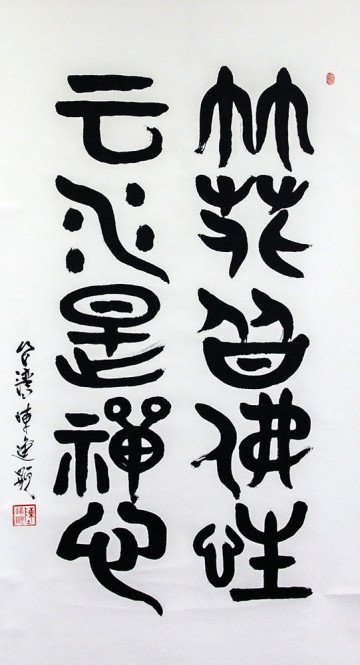 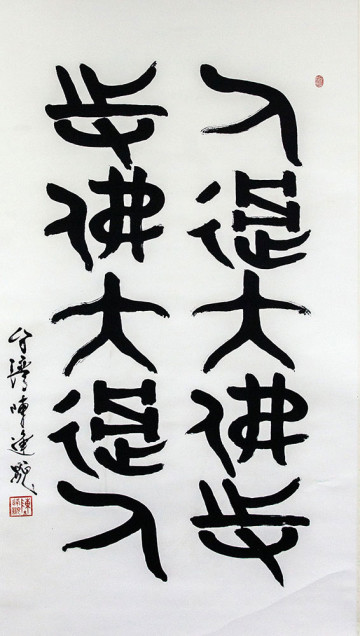 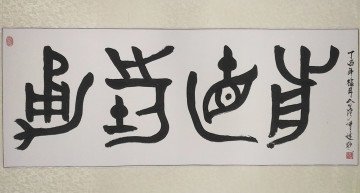 Style: ancient Zhuanshu (Seal script) calligraphy
Materials: Xuan paper, ink, seal
Dimensions: 99x60 cm
Year of creation: 2018
Calligraphy is a way to discover the artist's mindset and character. The modern definition of calligraphy is "an art in which individual symbols are in agreement and harmony, expressive, and written in a masterly manner". "Calligraphy is an aesthetic process limited by three dimensions: person, time, and place, namely by the artist's skills, the materials used, and the propagation speed." 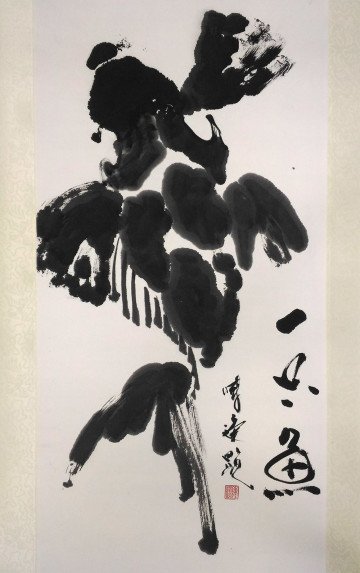 Style: Guohua water-and-ink painting
Material: Xuan paper, ink, pigment, seal
Dimensions: 139x45 cm
Year of creation: 2018
Monochrome, or Chinese ink-and-water, painting is the main style, or genre, of Chinese painting, which is more narrowly referred to as guohua, or traditional Chinese painting. The style is currently practiced in many regions of Asia. The most basic of monochrome paintings are created with merely water and ink, using the black and white tonality.
Back to list