When a good deed goes unpunished

I was googling “private museums” when occasionally found out about a project managed by Alexey Shaburov, Director of the Contemporary Museum of Calligraphy in Moscow. It turned out, in November 2018 Alexey officially registered the Association for Aid to Private Museums. 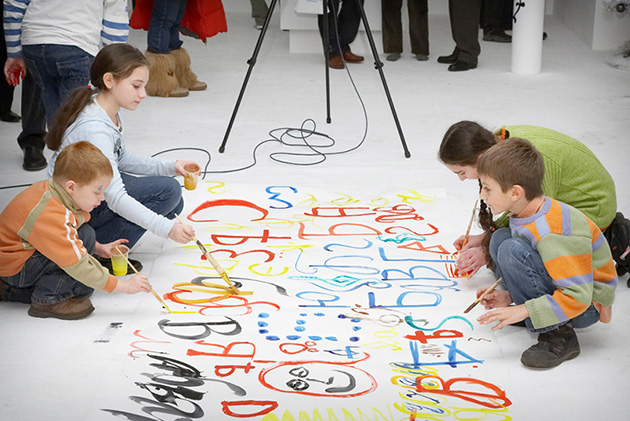 Visitors in the Contemporary Museum of Calligraphy

— Alexey, can you please share how did you come up with the idea to create the Association? There were numerous association attempts in the past, and they all came to naught.

— In the process of developing the Contemporary Museum of Calligraphy I overcame a lot of hardships before my museum took a shape of the real one: robust records, acquisition book, keeper and museum affairs expert positions, continuous research, databases etc. At some point I felt I wanted to meet other people, equally obsessed with the idea of collecting as I am, to find out what challenges they face or maybe share my experience, engage them to demonstrate the true Russia to my business partners. So I spontaneously embarked upon visiting private museums, and then the idea of cataloguing them followed. The team of concerned people formed around me, and today almost every weekend we take a trip to a certain region to discover another new private museum and meet its founder. Indeed there were the attempts to unite in the past, but I figured we need something else. Honestly, the Association itself is not the most important part to me. The initial motivation was to establish business contacts with the Chinese museums I’m interested in, and it was more convenient to act as a member of a non-governmental organization. So it worked out the other way around: the association wasn’t important but people took a note of it, and some potential business customers now come from the Association or based on the information about the museum of calligraphy, which is 10 years old now. 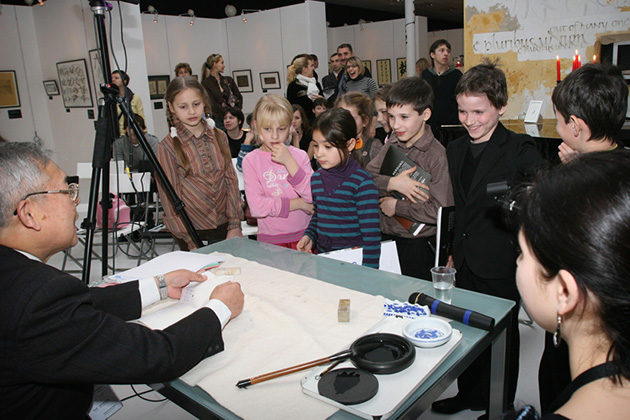 — What the private museums, which joined the Association, are about?

— They are very different, some collections are as good as any state museum, in my opinion. But there are also the so-called “folk” museums, they may have no legal entity behind them or fail to meet some official criteria. Yet I think it’s equally valid to call them museums. They keep significant cultural values, for example, the Museum of Spoons in Vladimir or the Museum of Iron in Novgorod. These collections literally blew my mind when I saw them! The founder of the Museum of Gramophones and Phonographs in Saint Petersburg maintains active communication with similar entities in the U.S. and South Korea, which were believed to keep the most valuable collections of these musical devices. Yet our set proved superior, and much older – its author Vladimir Deryabkin, a former circus performer, initiated it more than 30 years ago. It’s an unspeakable awe to touch the devices that used to belong to some legendary people, such as singer Feodor Chaliapin, director and actor Konstantin Stanislavsky, singer Nadezhda Plevitskaya, or opera singer Ivan Ershov. One of the exhibits was owned by Leo Tolstoy. Some devices were evacuated from Russia by the first wave of immigrants to New Zealand and Australia. The museum displays exhibits made by the largest and the oldest makers, such as Julius Heinrich Zimmerman, Rebikov or Burchard, and a vast collection of vinyl too.

Most importantly is that I effectively catalogued not the museums but their founders, the true Russian talents. The majority of private museums only exist thanks to their enthusiasm and dedication. I haven’t seen anything like it in Europe, the U.S., China or Japan. It’s only inherent here, and especially to the folk museums. They lack money, and quite often a small business only runs to keep a museum project alive in order to preserve a piece of the local history. Another example is a private museum in Buryatia named Raduga Samotsvetov (the Rainbow of Gemstones), and its founder Vladimir Alyoshin is so concerned about having not too much visitors as he would like to, but at the same he sincerely believes that his collection of natural stones and minerals will eventually acquire its aficionados. “They will come here in the end of the day!” he says. The founder of the previously mentioned Museum of Gramophones and Phonographs told me that his museum located in the Petropavlovsk Fortress only earns as much to cover the rent and utilities. 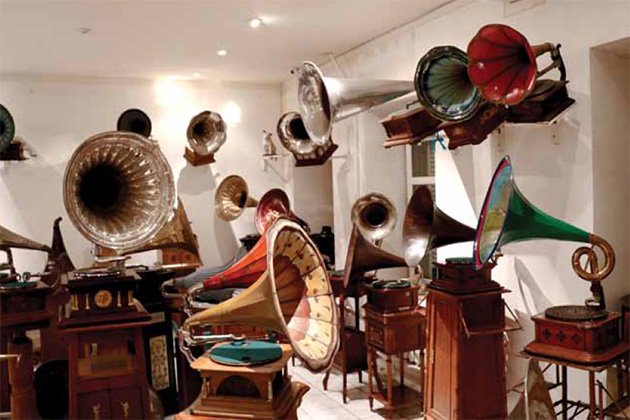 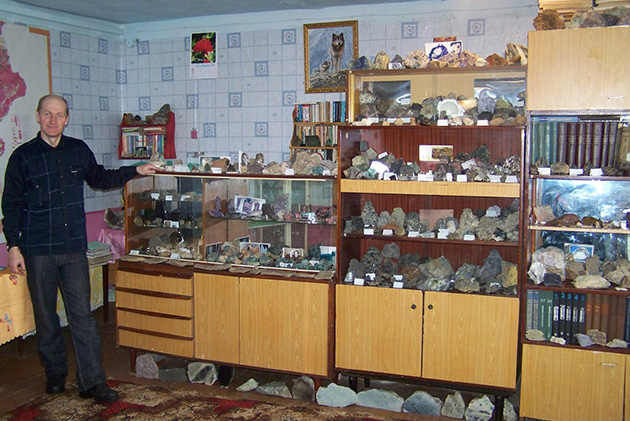 — Private museum is a costly business. What in your opinion motivates its founders most of all?

— I believe the motivation is different. I heard all sorts of things, from the most incredible to plain and simple. For example, 15-20 years ago artist Viktor Bagrov established a museum to save an entire ancient street in Sergiyev Posad from redevelopment. It was a clever move: together with his neighbours he built an extension to his house, and opened a museum of peasant lifestyle. Today his house is surrounded with skyscrapers, yet the street is still home to five or six tiny wooden houses. Recently we took an expedition to visit 15 museums, one of which was the Museum of Bog Oak. It is located in Kozmodemyansk (the Mary-El Republic), in a fascinating merchant's house, occupying 1000 sq.m. Its director, Vladimir Kazakov, possesses some unique knowledge in paleogeography and works to revive the long forgotten trade to source, process and use bog oak, putting on display a collection of art made of this unique natural material. Stream bank erosion cause the riverside oak groves to end up underwater where they spent hundreds of years exposed to tannin (or gallotannic acid) and lack of oxygen, thus developing black colour with a dark blue tint and noble silver or ash grey veins. These incredible colours inspired crafters to create the items of beauty beyond thought. The age of the collected woods has been proven with a radiochemical analysis by the Russian Academy of Sciences: the oldest example is 4600 and the youngest is 500 years old. The museum also keeps a collection of archive documents, which were literally dumped by its previous owners. Sadly, the last scientific research concerning the bog oak dates back to the 1970s-1980s. In the meantime, there are very few deposits of bog oak in the world, while Russia can boast as much as 15, worth of billions of dollars. The Japanese and the Chinese dream of getting the permission to clear the Russian riverbeds. The owner of the Museum of Carpenter Tools in Pushkino, Moscow region, spent 32 years collecting the tools for making and restoring furniture and musical instruments, for turnery and carpentry, ship building and barrel making. Listed in the Guinness Book of Records, his collection features 2000 items from Russia, America, Germany, France, the Netherlands, Spain and even Japan. His father started it in Germany after the World War Two, and the son followed in the footsteps. The museum not only tells about the tools but also teaches how to use them. Any museum has to have a certain history, otherwise it can’t exist. The history induces you to understanding. 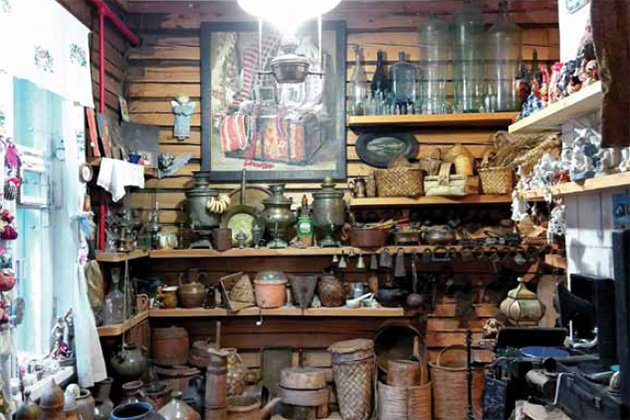 — How many private museums are in your database today?

— Approximately 400. The catalogue grows continuously, and it's challenging to add all new records immediately. I want to enable any participant of this project to open the catalogue and contact someone else, find not only relevant content but also address details and phone numbers, anything you might need. 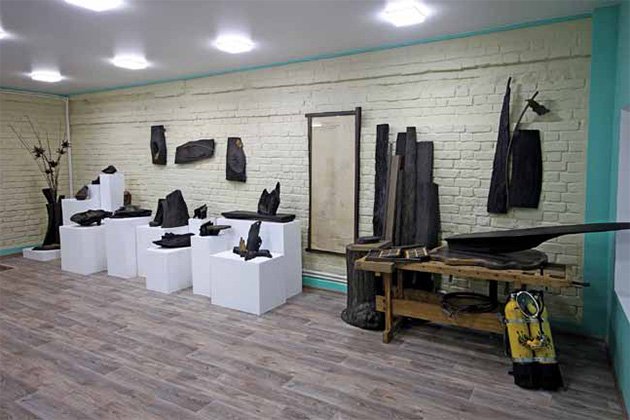 — How do you come to know about new private museums?

— Primarily the information about our website is spread using the word of mouth. It works much faster than we think it does.

— I have legal background, and when something new happens in the museum world, including the things concerning private museums, I spread the information myself. I take trips, which consume time and require to have a team in place. We draft articles about private museums and provide counsel. Now there is a website about private museums in Russia, and we plan to publish a catalogue. Usually our museum holds 15 to 20 exhibitions every month. In September, instead of another profitable exhibition, we will open the event, which for me is mainly about care and effort. But it is going to make a real contribution to the Association, as this exhibition will represent the private Russian museums. We invited 200 entities from all across the country, from the Far East to Kaliningrad. The people will come over to put their exhibits on display and profile themselves, while also seeing each other and communicating. I would like to invite the attention of the Ministry of Culture, and the Union of Museums of Russia, to create an exciting event for the locals to run it during the celebrations of the City Day. I’m not sure how to approach it just yet. You need to knock many doors, argument and engage allies. One more dream of mine is to make a movie about private museums in Russia, some initial steps have already been made in this regard. Thanks to my connections with the Embassy of China, the Chinese tour operators will officially receive these catalogues to add the museums to the official register of museums endorsed by the Chinese government – as a matter of fact, Moscow and Saint Petersburg are already overloaded with tourist streams. All of the above examples demonstrate that many private museums are the root culture of ours, which differs from the official one as much as the original folklore differs from a stage performance. I believe that existence and quality of private museums serve as a great measurement for the region. This is the very extra-economic component that sometimes leads to misperceived numbers. Say, there was a large military factory in Ryazan, which moved to Kazan for economic reasons, leaving a thousand of workers unemployed. In the meantime the museums do the opposite, attracting people and investments, and preserving our culture. 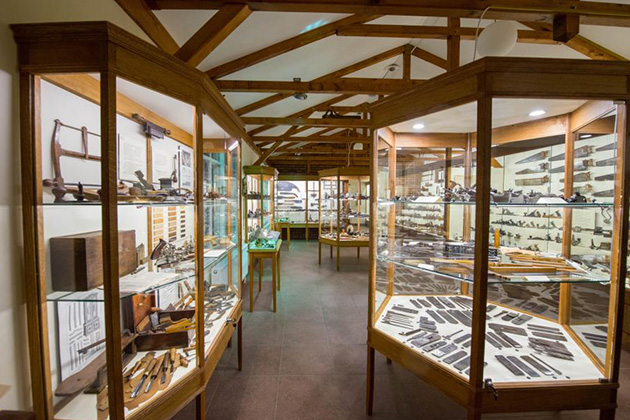