On July 31st, 2018 a meeting took place between Alexey Shaburov, President of the Sokolniki Museum-Educational Complex, and Vladimir Kuznetsov, head of the UN Information Center in Moscow, with the participation of Andrey Busygin, Full State Counsellor of the Russian Federation 1st Class.

In an open and unconstrained atmosphere, the parties discussed the issues related to the organization and conduct of the exhibition The Great Chinese Calligraphy and Painting: One Belt–One Road in September 2019. The event is designed to celebrate the 70th anniversary of the establishment of diplomatic relationships between the Russian Federation (former USSR) and China.

As they discussed the issues with regard to the organization and holding of the International Exhibition of Calligraphy led by Alexey Shaburov, the mastermind behind the project, the parties agreed to hold a presentation of the exhibition in the premises of the UN Information Center in Moscow. The presentation is scheduled to coincide with the International Day of the World's Indigenous Peoples, which is August 9th.

Taking into account the multicultural focus of the exhibition as well as the fact that the UN General Assembly proclaimed 2019 as the International Year of Indigenous Languages, the presentation will help increase the number of people with a sincere interest in preserving not only cultural but also unique linguistic characteristics of minority ethnic groups, most of which are on the verge of extinction.

The parties acknowledged the fact that the process of the human-caused extinction of language minorities is inevitable. In this context, the role of the organizations in preserving linguistic diversity for future generations takes on a particular importance. 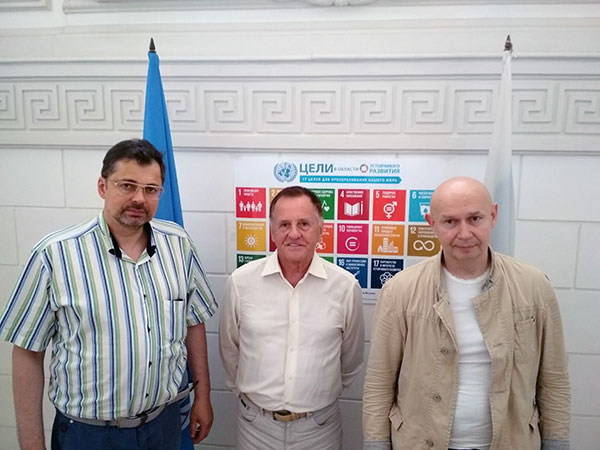