The Sacred Mantra has been brought to Moscow

The collection of the Contemporary Museum of Calligraphy acquired a new unique exhibit. A mantra carved into yellow sandstone and covered with gold leaf was brought from Stuttgart to Moscow last week. The Karmapa Chenno mantra literally means “Embodiment of the compassion of all Buddhas, take heed of me”. It is one of the most famous mantras in Tibet. Since the VIII century the mantras carved into stones are a part of the Tibetan calligraphic tradition. 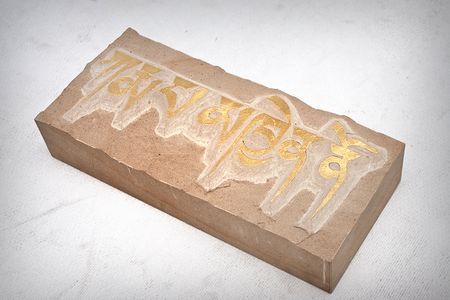 They can be found as decorations in all sacred places, entries to monasteries, temples and stupas. This very mantra was created in July 2009. A rare exhibit was granted by the Russian Association of Buddhists, the Karma Kagyu school. The mantra was designed by a German artist Sven Plamer. 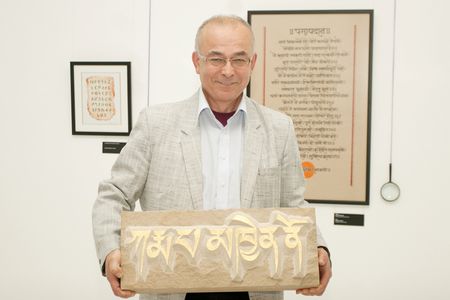 Photo: Aleksandr Koibagarov, President of the Association
is demonstrating a stone with the carved-in Buddhist mantra.

The item will be demonstrated during the II International Exhibition of Calligraphy which will take place in Sokolniki Museum-Educational Complex from October 14 till November 14, 2009.