We hardly believed it would ever happen but on November 16 the Novgorod-placed monumental ancient Russian manuscripts were delivered to Sokolniki, Museum-Educational Complex.

Birch-bark manuscripts presentation is a joint project of the Contemporary Museum of Calligraphy and the State Novgorod United Museum-Reserve.

The masterpieces will be on display at the one-day exhibition today from 02.00 pm to 08.00 pm. Beside the birch-barks the Four Gospels, 1575 will also be showcased.

The Contemporary Museum of Calligraphy would like to thank Natalya Grigoryeva, Director General of the State Novgorod United Museum-Reserve; Natalya Gormina, conservator. A special thanks to the project’s friends – Andrei Busygin, Deputy Minister of Culture and Galina Andreyeva, CEO of ICOM Russia for their support and assistance.

We are waiting for you at the Contemporary Museum of Calligraphy! 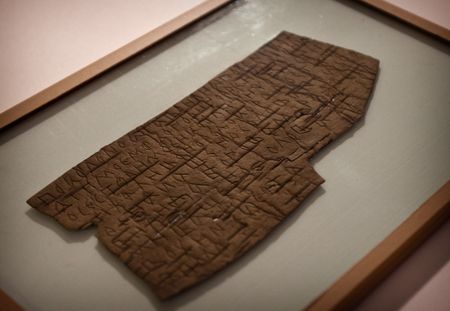 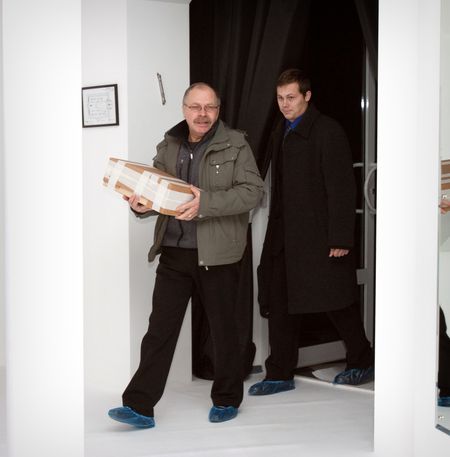 The Novgorod State United Miseum-Reserve officials
have delivered the exhibits 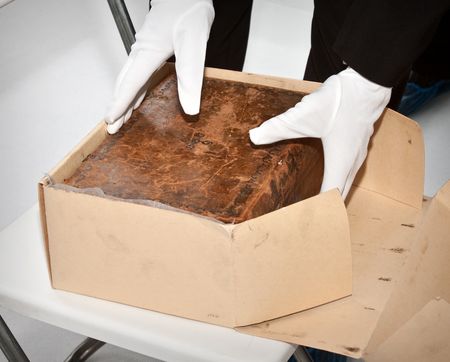 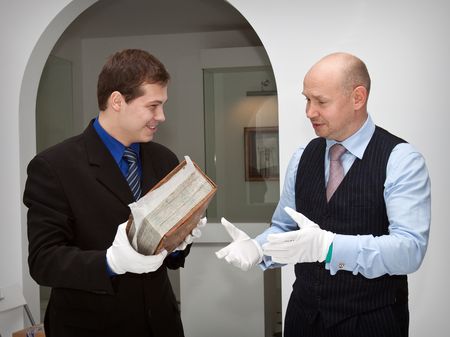 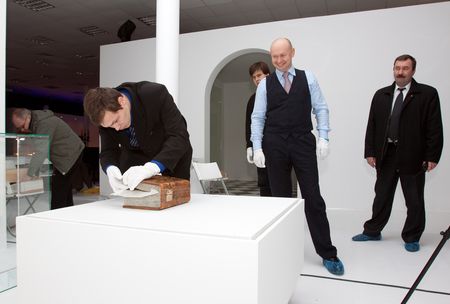 The solemn moment of delivery 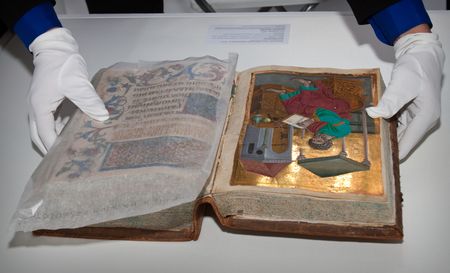 Special cases were made for the display 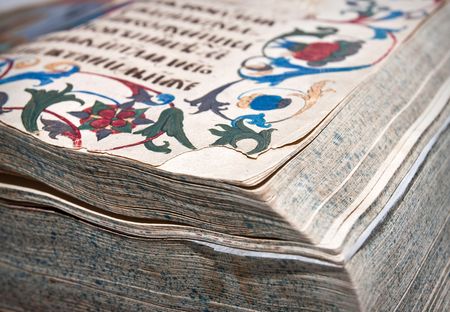 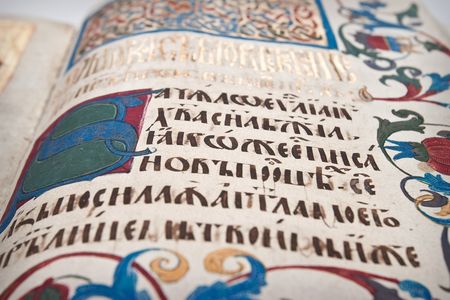 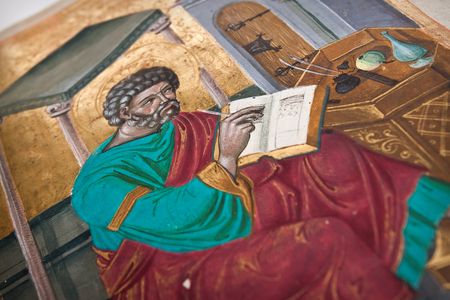 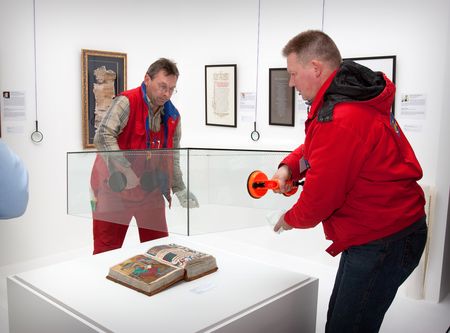 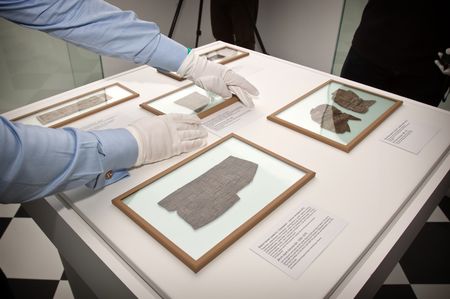 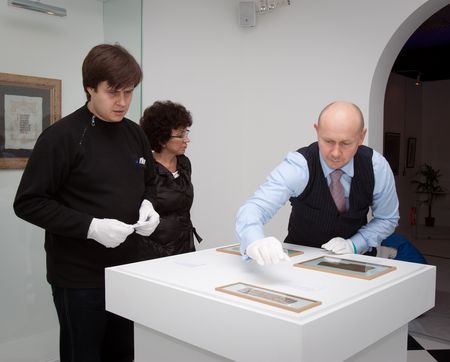