After visiting the Falconry Museum, the expedition continued on its way north. The next point of the visit was the most interesting Museum of carpentry tools from the town of Pushkino near Moscow. The founder of the museum, Oleg Ivanovich Olenev, after graduating from the institute for 32 years worked as a design engineer at the design institute. From school, he developed a craving for work, not only with his head, but also with his hands, especially with a tree. At first, Oleg Ivanovich used his father's tools brought from Germany, then began to buy various tools. So began their accumulation. Once the moment came when the number of antique carpentry tools became so large that in 2012 the collection was listed in the Russian Book of Records as the largest in the country. Now the exhibition, which has been gathering for about 30 years, is available for inspection and is located in the city of Pushkino in a room specially built for this purpose.

From Pushkin, the expedition team headed for Sergiev Posad. Follow our news. 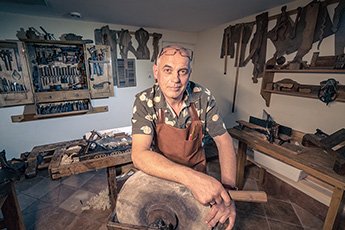 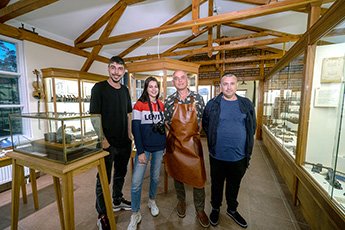