The art of digitizing ancient calligraphy

From the moment we wake up and check the messages on our smartphones, we're exposed to text design. Throughout our day, storefronts and websites announce themselves, first and foremost, through the typefaces they use -- whether it's the Helvetica used by New York City's subway, the approachability of Cooper Black, or the proprietary CNN Sans that you're reading on this page on CNN website.

For Adonian Chan, a 33-year-old graphic designer based in Hong Kong and co-founder of design company Trilingua, the different texts we encounter in our daily lives amount to what he calls a "visual landscape."

In his hometown, signs written in traditional Chinese characters can be found around every corner. In the hectic district of Mong Kok, neon signs advertise pay-by-the-hour hotels and foot massage parlors. In the quiet neighborhood of Tai Hang, hand-drawn signboards alert passersby to auto repair shops and Chinese medicine stalls.

But one calligraphy style, above all, has come to represent Hong Kong for Chan: Beiwei Kaishu, a dynamic way of writing that has its origins in 4th century China. But Beiwei Kaishu is endangered, Chan says. That's why he's on a mission to digitize it into a typeface -- and save it.

According to Keith Tam, head of communication design at the Hong Kong Design Institute, Beiwei Kaishu originated in the Northern Wei Dynasty (386 -- 534 AD), and was inscribed on stones to document historical events.

In the 19th century, Zhao Zhiqian, a renowned Qing dynasty calligrapher with an interest in epigraphy -- the study of inscriptions -- crafted his own rendition of Beiwei Kaishu and, using a brush instead of a carving knife, revived the ancient style.

Tam says although it's not possible to pinpoint when Beiwei Kaishu made its way to Hong Kong, a well-known local calligrapher named Au Kin Kung, who was born in the 1880s, helped to spread its popularity in the city during the 20th century.

"[Au] was what we might call a 'commercial calligrapher,' who inscribed many shops and organizations throughout Hong Kong," says Tam. "His commercial signage work almost always used Beiwei Kaishu."

The Hong Kong incarnation of Beiwei Kaishu "evolved from Zhao Zhiqian's rather softer style to become more exaggerated in the stroke beginnings, inflection points and endings," says Tam, adding that the Hong Kong Beiwei Kaishu is "a lot more dynamic and powerful than Zhao's hand."

After World War II, Beiwei Kaishu was used prolifically in Hong Kong signage, partly because it is highly legible, even from far distances, says Tam. "Pragmatism is one of the characterizations of southern Chinese people, and Beiwei Kaishu seems to be a pragmatic choice."

What sets Beiwei Kaishu apart from other Chinese writing styles is its asymmetric construction, bold lines and unexpected angles -- something that makes it "energetic," says Chan.

But with the advent of computer-generated fonts and LED signs, Chan says he observed that signs written in the style -- work that depended on the skill of calligraphers -- were disappearing from Hong Kong.

"It's almost extinct," says Chan, pointing to the rapid transformation of Hong Kong's urban landscape. "They demolish old buildings and, of course, the shops, as well. So it's really destruction to the visual culture." As a consequence, few designers working today are aware of the Beiwei Kaishu style, he says.

In 2016, Chan asked Wong Gok Loeng, a master of calligraphy in Hong Kong and apprentice of the famed Au Kin Kung, to teach him to write in the Beiwei Kaishu style.

Chan then started the process of digitizing the characters. He first writes the characters on paper with a brush and ink, which gives him a sense of proportion. Next, he makes a pencil sketch. Finally, he recreates the characters digitally, using a computer program called Glyphs.

One of the main challenges when digitizing the ancient calligraphy is striking a balance between the artistic expression of handwritten lettering and the need for consistency and coherence in font design, says Chan.

He can complete two characters a day, depending on their complexity, and is aiming to digitize 6,000 characters.

Chan says his project is geared at doing more than preserving a centuries-old writing style and that he sees himself as building on the work of previous generations.

"We are like co-creators of this design," he says. He has named his typeface Beiwei Zansyu and hopes it will eventually be installed on phones and computers.

"I see Adonian's (Chan's) efforts in turning Beiwei Kaishu into a typeface as a form of historical preservation," says Tam. "It's more than waxing nostalgic to bygone eras -- it's reinterpreting and continuing its heritage in contemporary life." 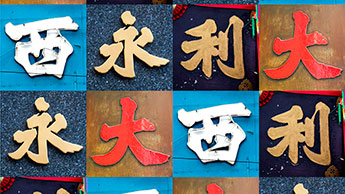 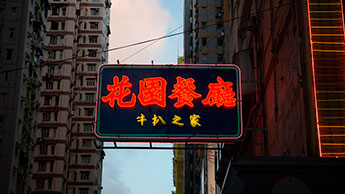 The art of digitizing ancient calligraphy
Back to list