According to the event team, Yakovlev’s artworks are a sort of synthesis between painting, graphics, and calligraphy. His new personal exhibition displays a series of 40 pages depicting Joseph Brodsky’s quotes and poem fragments.

Alexander Yakovlev’s artworks have already been displayed in Sochi, Krasnodar, and Volgograd, and can also be found in private collections in Russia and other countries. Besides, the artist focuses on script compositions, portraits, and painting.

The event hosted in Art Media Centre “Rodina” will admit before the end of October. 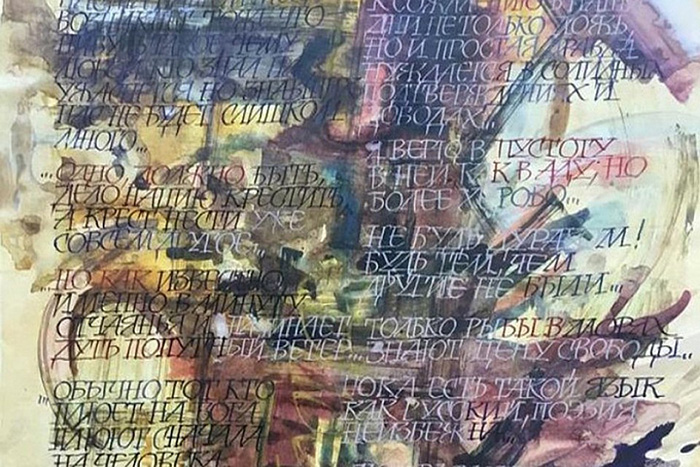