On December 25 the team of the International Exhibition of Calligraphy made one more presentation of the project in Veliky Novgorod. This time it was a presentation in the city hall. It was attended by Mayor Yuri Bobryshev, Deputy Mayors, heads of the Committee on Culture, Architecture and Tourism as well mass media representatives. 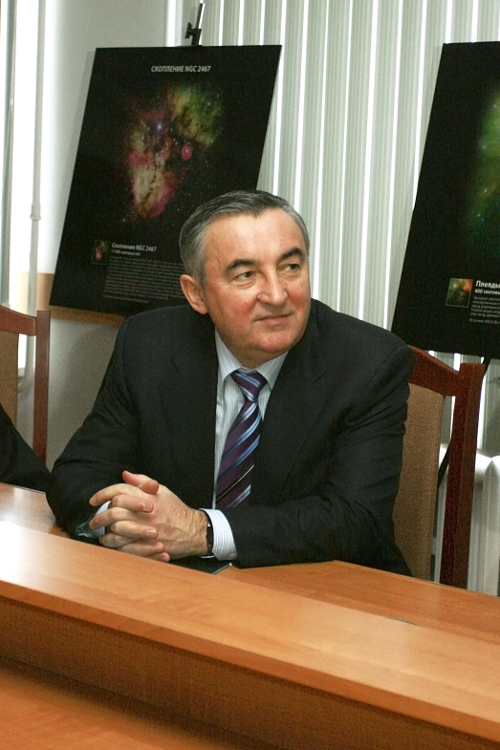 The event, like the day before, was supplemented with a performance by Pyotr Chobitko, President of the National Union of Calligraphers.

After the performance the task force members and the mayor’s staff discussed some core issues and the mayor and his assistants put forward some interesting proposals.

Thus, the III International Exhibition of Calligraphy is progressing vehemently. It will undoubtedly differ from the previous two for it will reflect the great history and culture of the Novgorod Land which is by right said to be the cradle of the Russian calligraphy art. 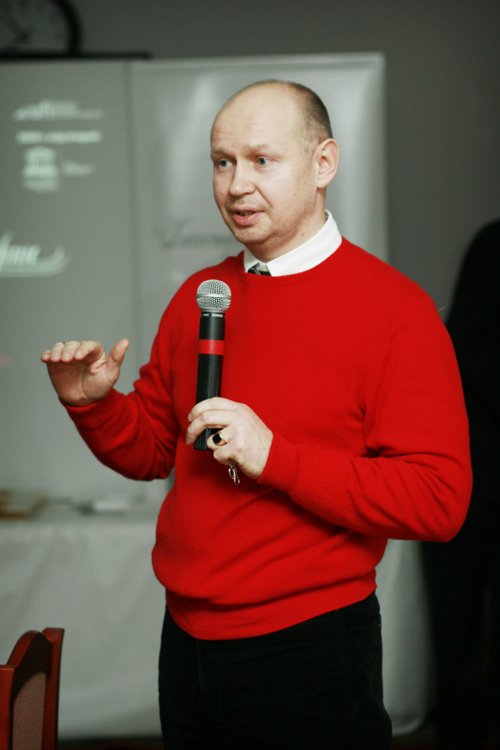 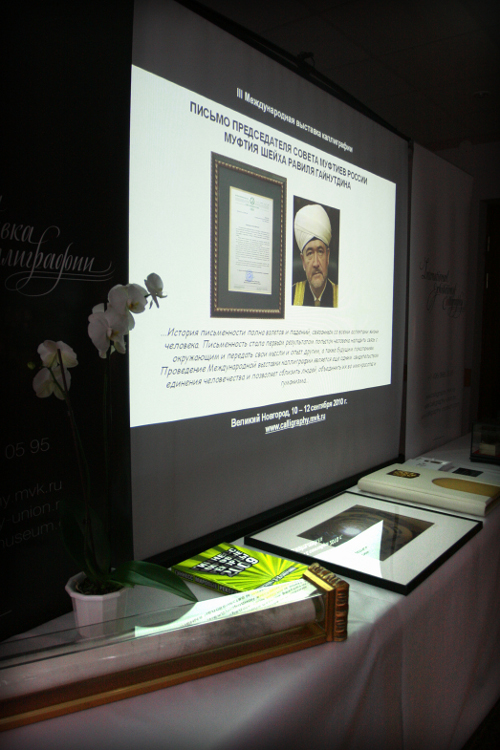 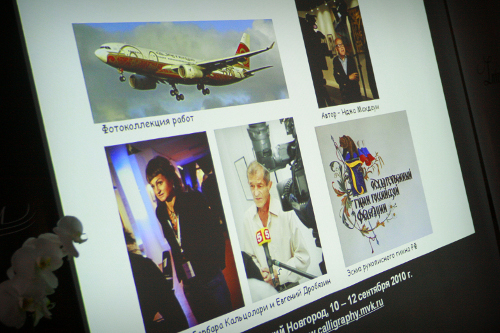 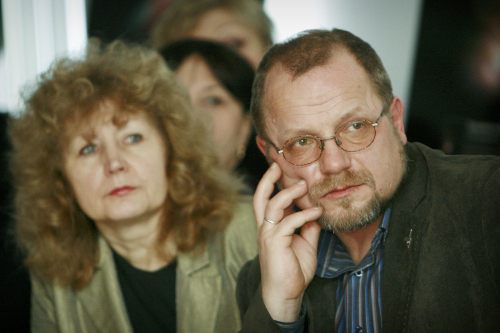 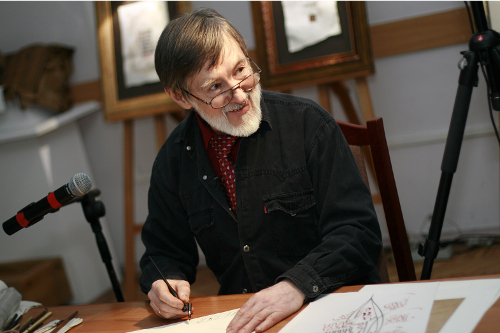 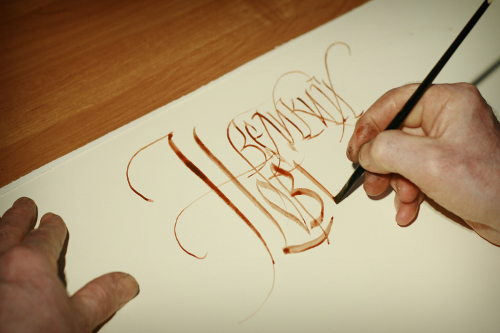 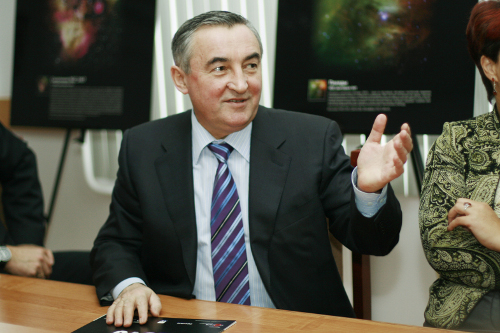 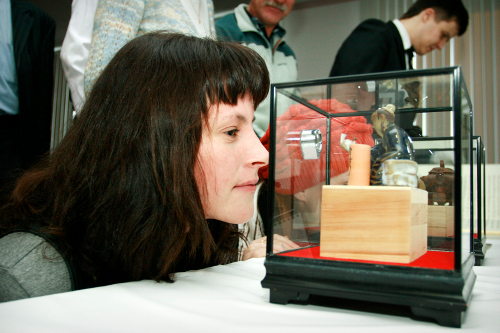 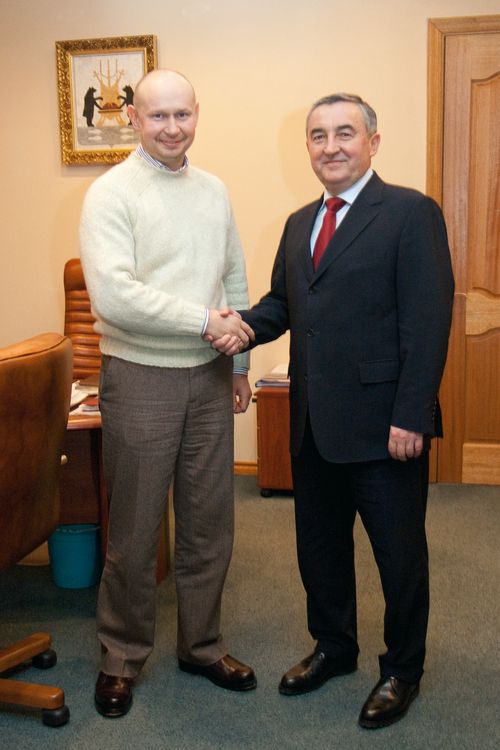