A massive calligraphy artwork by Pokras Lampas emerged at Krasnaya Polyana resort at a height of 960 meters.

The art object occupies 960 sq. m. in the main square and follows its architectural pattern – a ring-shaped composition is made of several circles of text in Russian and English. The unified translation can be deciphered as “We create the new visual culture,” while the rest of the text is left for one’s own reading to see references to global cultures and writing styles in the mix of letter shapes. This cryptic message to the outer world from one of the most prominent representatives of contemporary art smoothly incorporates into the new concept for resort development and supports the brand as it strives to maintain contemporary communication with its guests.

In September, General Director of Krasnaya Polyana Andrey Krukovsky and Strategic Development Director Olga Filipenkova presented the “Distinct Handwriting” award to Pokras Lampas at GQ Men of the Year. Mentioning the calligrafuturist artist’s cultural achievements, they also announced the intent to initiate a common project in the mountains. 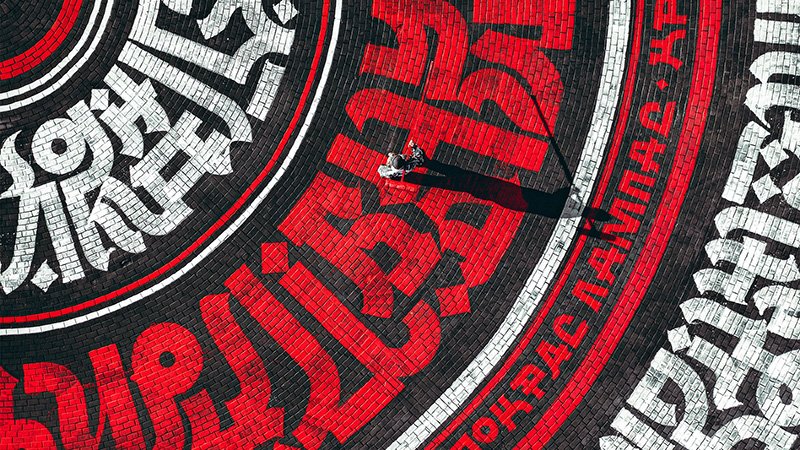 At the "Resort Krasnaya Polyana" there was a new painting of Lampas Pokras. Calligraphy unites people from all over the world.