Prominent contemporary Chinese calligrapher and painter Wang Dongling gave a warm welcome to Alexey Shaburov and his delegation from the Contemporary Museum of Calligraphy that visited his studio in the city of Hangzhou in East China.

The director of the museum, Mr Shaburov, told Mr Wang about the museum and the new exhibition project dubbed "The Great Chinese Calligraphy and Painting: One Belt — One Road". The master noted the important role of the museum in preserving and promoting the art of calligraphy and said he is also working to increase Chinese people’s awareness and appreciation of the world calligraphy and organizes exhibitions on his own, as well.

Mr Wang accepted Mr Shaburov’s invitation to participate in the upcoming exhibition with excitement and expressed willingness to assist in finding talented artists from China whose works should definitely be displayed at the exhibition.

Mr Wang has been practicing calligraphy for 60 years now. His recent record features such venues as the Metropolitan Museum of Art, the Brooklyn Museum, the Victoria and Albert Museum in London, and the British Museum. 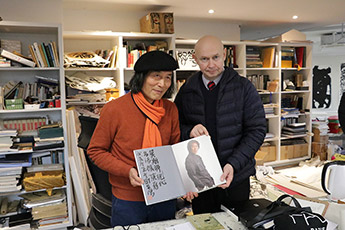 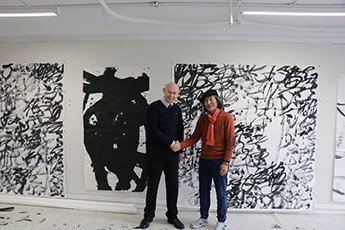