Mr. Zhu Liang, General Director of the regional representative office of China Southern Airlines in Russia and Moscow, visited Sokolniki Exhibition and Convention Centre, and the Contemporary Museum of Calligraphy on March 21, 2019. He attended Cabex exhibition to see the collective booth of Chinese companies, and followed to take a tour of the exhibit in the Contemporary Museum of Calligraphy. Mr. Liang expressed his interest in cooperation and closer connections for Chinese companies to take part in the exhibitions held in Sokolniki, emphasizing in particular participation of Chinese companies in the recent Coffee & Tea Russian Expo. Pavel Revenko, General Director of Sokolniki Exhibition and Convention Centre, spoke in details about the cultural projects run by our company, and namely about the forthcoming Great Chinese Calligraphy and Painting exhibition. Scheduled for September 20-22, it is designed to celebrate the 70th anniversary of establishing diplomatic relationships between Russia and China. Again, Mr. Liang expressed his interest in this project, wishing the team the best of luck in the process.

China Southern Airlines is the largest Asian air company in fleet size and the largest airline in Asia, occupying the 7th position in the world in carrying local passengers and among airlines globally in passenger-kilometres on regular service.

China Southern Airlines is the largest air carrier of China in number of passengers. The company head office is based in Guangzhou, Guangdong province. 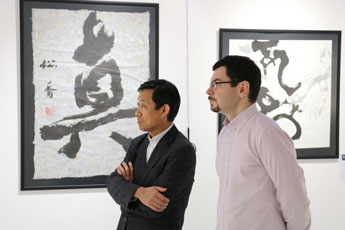 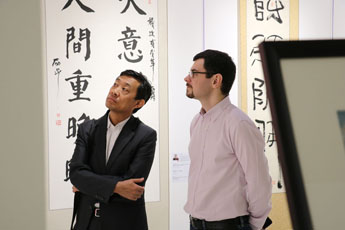 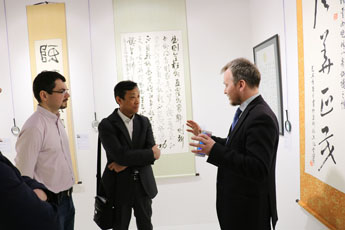 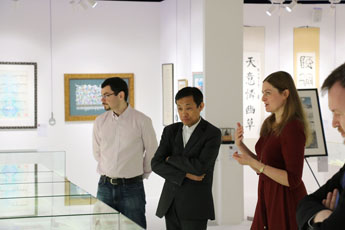 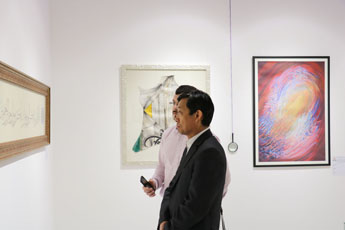 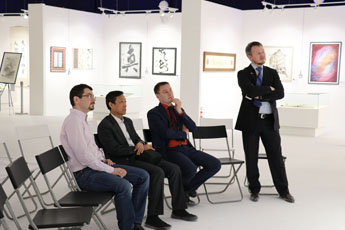 General Director of China Southern Airlines regional Russian office and representative office in Moscow, Mr. Zhu Liang was keen to see the exhibit of the Contemporary Museum of Calligraphy
Back to list