Graphologists and calligraphers were guests of the “Sharing of views” program

Live on Radio Moscow the calligrapher Darya Shelomkova and the graphologist Larisa Drygval shared their expert opinions, spoke of the handwriting significance, of the calligraphy and psychology’s interrelation, of the graphical analysis possibilities and covered certain important aspects of the social life.

According to academicians of the higher education institutions, the denial of handwriting practice in favor of the computers and tablets resulted in an academic decline of the students. Scientists, graphologists and calligraphers share the same opinion that the handwriting is closely interrelated with the brain. The process of writing “by hand” itself coordinates the right and left hemispheres of the brain, being a starting mechanism of the thinking process. While we think, we live.

Nowadays in the digital world, we have developed a technocratic perception of the world around due to an emotional overloading of the brain. The overregulated, routine way of living deprived our society of sensibility, individuality, ability to recognize and perceive the emotions of the other persons. A great many people got accustomed to wear a “mask” hiding their true human essence and therefore it became complicated seeing the same personality in the other individuals, understanding and respecting but not only seeing an “object on two legs”.

“Modern technologies are, certainly, positive things,” considers Larisa Drygval. “Although the brain is inevitably aiming to a balance and some time or other we will come back to the usual printed books, newspapers and magazines. We derive emotional and sensorial pleasure feeling the paper formation, riffling the pages and breathing the smell of printing paint, rather than seeing just a white, inanimate and flat screen. This tendency can be observed among young people already nowadays. The same thing refers to usual pen and pencil”.

Apart from that, when we write by hand, we develop the “image of the word”, we make the “associative fields” and we introduce a new rhythm and mechanism for building of neural connections. Neither music nor puzzles, mosaic or simple drawing can offer such a burst of emotions as working by hand with certain pressure, line thickness etc. The calligrapher Darya Shelomkova says that even the thinnest line can create a three-dimensional image, a volume and it can activate an image sensitivity towards the written things.

Today the calligraphy is perceived as an art but not as a simple text writing. This is a beautiful handwriting. It became all the fashion to talk about the “art therapy” in the society. The associative writing is well known due to its medicinal and relaxing force. The brain is not an unlimited garret and it needs to be periodically “unloaded”. All the unnecessary accumulated things can be fairly confided to the paper. Such an emotional release is very useful and required from time to time for each person according to the graphologists. The drawing of objectives, tasks and life plans by hand on a piece of paper is of the same importance. Moreover, the writing “coaching” is contributing to a correct goal-setting and a successful self analysis.

“He or she writes in “chicken scratch!”, we hear often from parents and teachers. The graphologist Larisa Drygval explains that a “bad” handwriting is a consequence of the neurotic disorders. The reasons may be various and therefore for the psychologist the handwriting is like a “cast” or an Х-ray photograph of the human soul. The psychologist can just “feel out” the problem and the graphical analysis helps identifying the true personality problems, the fears dominating the human consciousness, which are hidden from the real world, doctors and even from the closely related people. The graphical analysis allows selecting an individual treatment guidelines that can startle the patient from his psychoemotional imbalance and make his consciousness coming back to a harmonious condition. It is very important to identify the disorders in the handwriting at the early age of the child and at this very age it is easier сcorrecting the undesired elements or completely eliminating them.

It is apparent from the foregoing that the handwriting skill is a complicated synergic work that develops directly the brain at all ages. At the same time, a beautiful handwriting combined, for instance, with classical music, is a required psychoemotional release, a soul meditation that help balancing one’s condition and remaining successful in any situation.

We kindly invite everyone interested to attend the meeting with the graphologist Olga Morozova on 15th of February at 7:30 p.m. in the Modern museum of calligraphy! 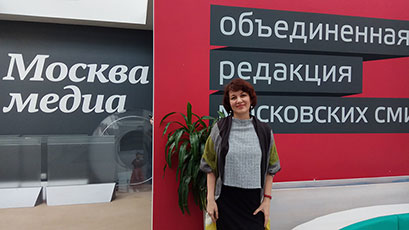 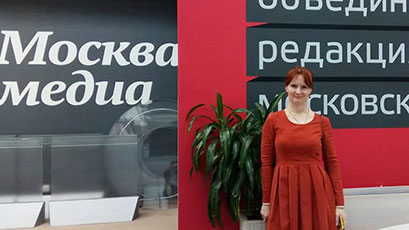