The third day found the expedition in Pereslavl-Zalessky, where its first destination was an unusual technical museum – the Railroad Museum of Pereslavl. Enthusiasts interested in the history of light railways started to study them in the middle of the 1980s, gradually forming a group of like-minded people aiming to preserve the heritage of the fading local railroad era. Due to certain organizational and technical reasons it took quite some time to find a location for the collection, but in 1989 the group came to an agreement with the owners of Talitsa train yard and a 750 mm branch line of the former Talitsa-Pleshcheevo peat mining facility in Pereslavl district, Yaroslavl region. Acquisition and collection of exhibits, and first restoration projects started in 1990.

The museum studies, preserves and promotes the history of the Russian local and industrial railroads. The history of construction and operation of light railways is inextricably linked to the industrial development, reclamation of backcountry and remote districts, as well as to many economic and social events. Today this means of transport has effectively faded completely, and the museum team's mission is not only to preserve the tangible heritage but also to tell the story of the role local railways played in the history and economics of Russia.

The collection is displayed in a train yard and car workshops built in the middle of the 20th century, as well as at the Talitsa station, and features more than 100 locomotives, railway vehicles, road and signalling elements, various equipment and associated items in various states of preservation, dating from the late 19th century to the 1960s. The collection also includes an extensive library of specialized books and project design documentation. 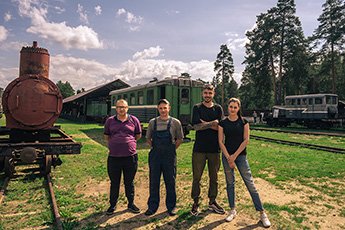 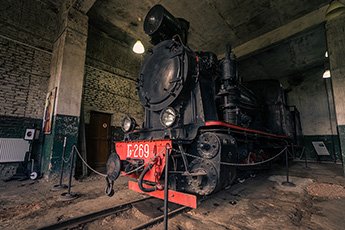 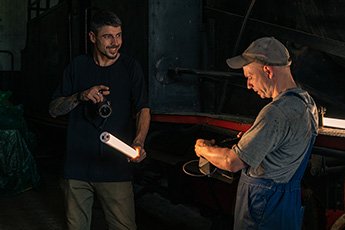 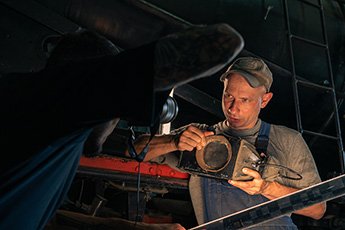 Expedition team visited railroad museum in Pereslavl-Zalessky
Back to list