An important event at the Contemporary Museum of Calligraphy

Some time ago, we announced at the official website of the Contemporary Museum of Calligraphy the museum display could be visited upon preliminary request. The students of the Ivan Fyodorov Moscow Publishing and Polygraphic College were the first excursionists. 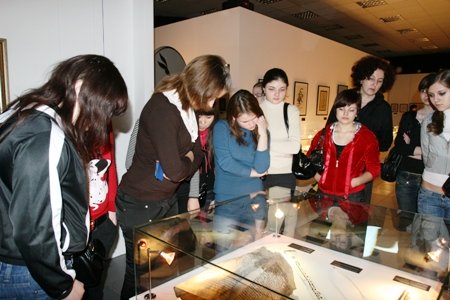 The polygraphists-to-be toured the exhibition with great interest, learnt a lot about the history of writing, styles and schools of calligraphy, writing utensils and materials. They absorbedly investigated the works of famous calligraphers, manuscripts, copies of letters written by Peter the Great, Empress Catherine II, Prince Aleksei, and some other outstanding historical figures. 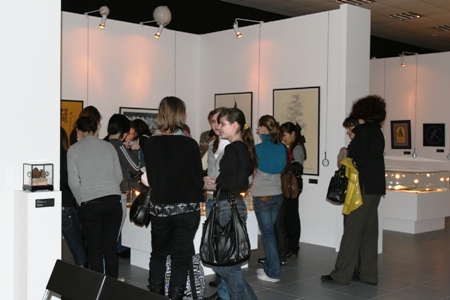 “We are full of good impressions”; “We never presumed a museum can be both interesting and beautiful”; “Is it really possible?” – such were the feedbacks of the first visitors. In the end, the excursionists watched a film about the International Exhibition of Calligraphy held in St. Petersburg in September 2008. It was truly exciting to see the authors of exhibited works and watch them creating stuff. 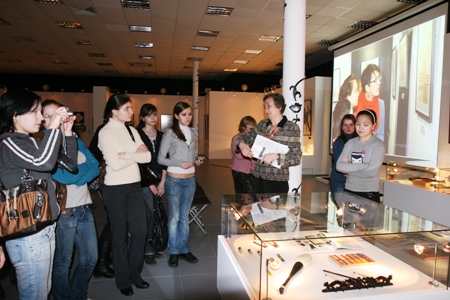