Prior to the official opening of the 8th international cultural forum in Saint Petersburg, Director of the Contemporary Museum of Calligraphy, head of the Association of Private Museums of Russia Alexey Shaburov met with Olga Golodets, the Deputy Chairman of the Russian government. In her role, Golodets supervises the aspects of culture, as well as domestic and inbound tourism. At the meeting, Shaburov introduced the catalogue of the “Private Museums of Russia. Talents of Russia” and also donated the catalogue of private Russian museums, which includes more than 470 private collections located all across Russia. He also shared the key idea behind the “Private Museums of Russia” project, which is to develop domestic tourism through the promotion of Russian private museums. Both agreed to meet after the forum to review the project in more details and discuss the prospects for its future development. 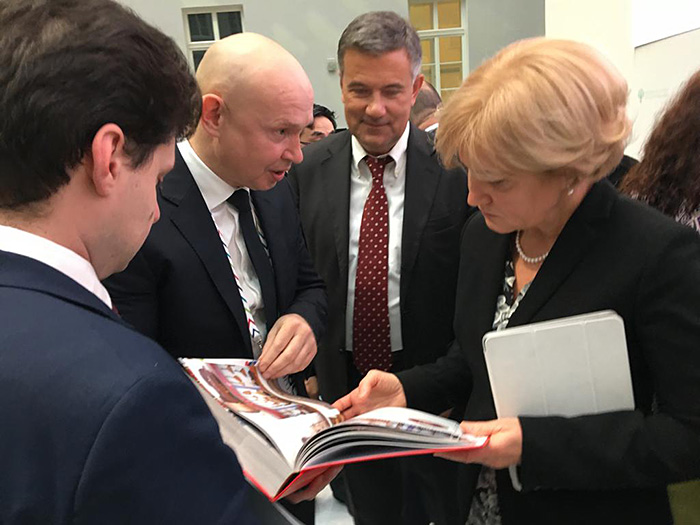