Hong Kong office of social and political newspaper “China Daily” has authored a project “70 Lifetimes, 70 Years” to celebrate the 70th anniversary of the establishment of the People’s Republic of China. Among other things, this project features an interview with one of the exhibitors of the “Great Chinese Calligraphy and Painting” exhibition, calligraphy artist Hua Ge.

“I spend every single day with a purpose these days,” said Hua Ge, 71, in his interview to “China Daily.” He focuses on creating advertisement billboards and posters. Previously he used to paint directly on the walls but now his approach implies a sketch for the future work to be either made of steel, or materialized as a neon signboard. As the movie industry was on the rise in Hong Kong in the 1980s, Hua Ge was creating calligraphy artworks for posters, producing the total of 80 throughout his entire calligrapher career.

In his interview the artist said that earlier people had thought calligraphy would dissipate due to computers. Despite the world progress however, Hua Ge is sure it will not as it’s the highest form of art with more than 5000 years of history. Calligraphy was far from relevance in the period of Hong Kong being a British colony, and the majority of children used to write in English. After returning to the People’s Republic of China, calligraphy grew popular again, and today learning this ancient art is a global trend. 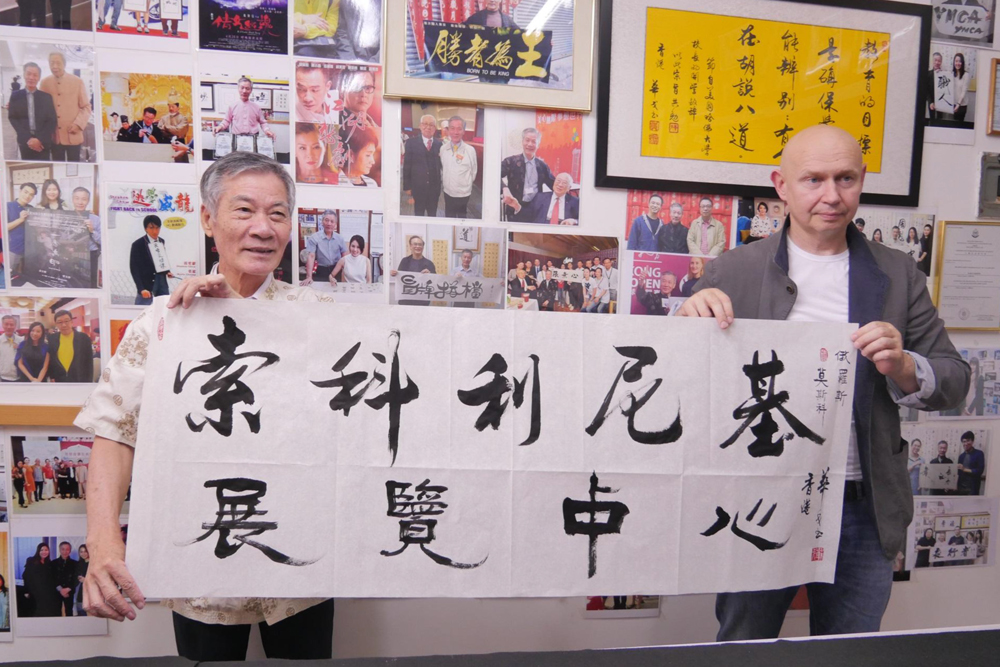