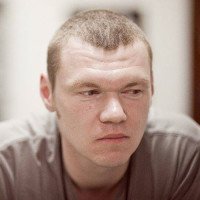 Grigory Martynenko graduated from Nizhny Tagil Social and Pedagogical Academy in 2004, specializing in art and graphics, and currently works as a graphic designer.

In 2012 he took part in summer intensive course of the British Higher School of Art and Design, and a year later launched his own workshops and a course named The Basics of Contemporary Calligraphy in Matyazh Art House studio. Since 2016 Martynenko has been employed by Sima-Land.

Grigory won the contest to develop a bike show logo for Chernye Nozhi motorcycle club, and also holds numerous local and federal awards and diplomas for the books published by Henry Pushel.

There is Always Time for Tea