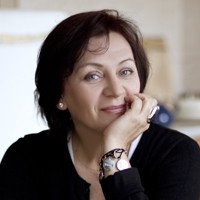 Valentina Kozhevina was born on April 5 in 1960 at the Ust-Barguzin settlement, situated on the shore of Lake Baikal.
She has a higher education as a conductor and head of her academic choir.

In 2001 she suddenly started to write in Arabic. She dedicated her art to “sacred iconography”. The best samples of Arabic calligraphy created by the medieval masters are represented in her works: a copy of the medieval Persian painting “Ascension of Muhammad the Prophet” made on a casket displayed in the Halls of Islam at the State Museum of the History of Religion in St. Petersburg; and a copy of “The Dervish Dance”.

Her first collection (2003) was purchased by Swiss collectors (Geneva).

The second collection was bought by the State Museum of the History of Religion in St. Petersburg.

Valentina Kozhevina’s masterpieces were also on display at the Union of Artists of Russia Exhibitions (St. Petersburg) “Autumn 2007” and at the International Biennale of Graphics 2008.

The works are made on the watercolor paper with water colors and tempera.

Each work is unique, she never creates the same image twice.

Reference letter for participation in the International Exhibition of Calligraphy.

I, Yuri Ivanenko, recommend Valentina Kozhevina who works with Arabic calligraphy, for participation in the International Exhibition of Calligraphy.

Her masterpieces are marked with a thorough insight into the aesthetic inner world of Eastern calligraphic art. Images and genre specific details are delicately depicted. Her choice of decoration and color variations create a special, nearly musical resonance of the pictures.

N. A. Rimsky-Korsakov wrote deeply Russian music that renders the alluring color of Eastern culture. Valentina Kozhevina follows the same path of developing acute feeling and awareness of Arabic culture and relating it on an emotional level easily understood by Europeans.

Perhaps her calligraphy is a new step for the development of multinational Russian art that is increasingly important nowadays. 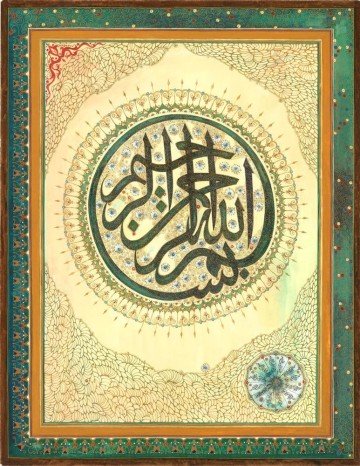 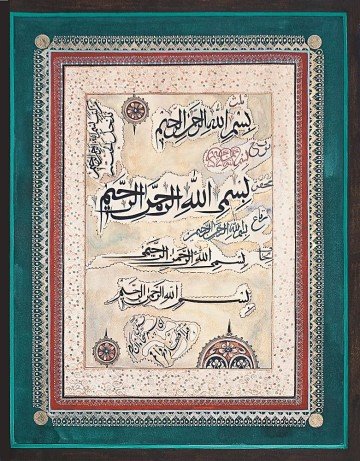 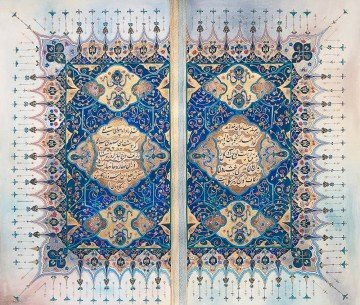 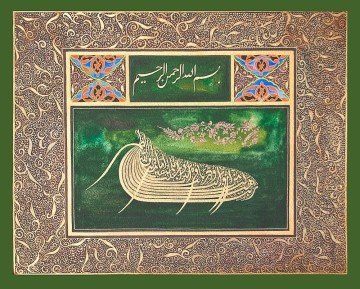 Surah 25. Quranic text in the shape of a boat 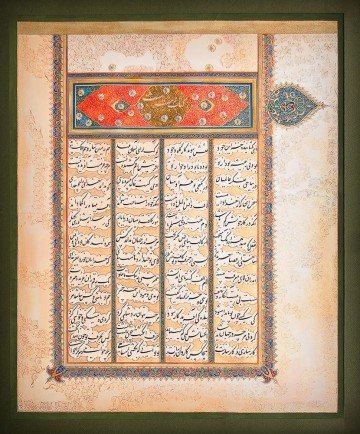 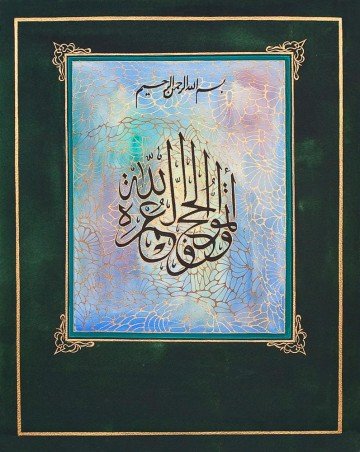 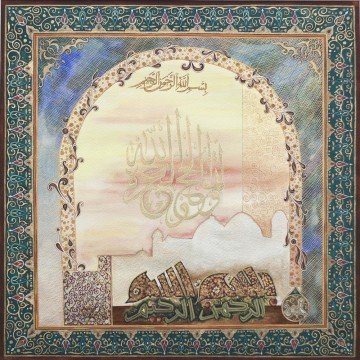 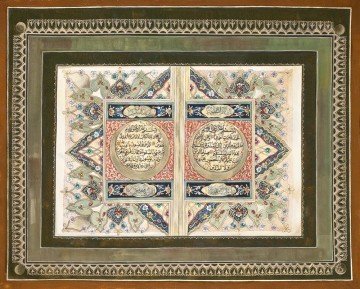 Indian Koran of the 17th century 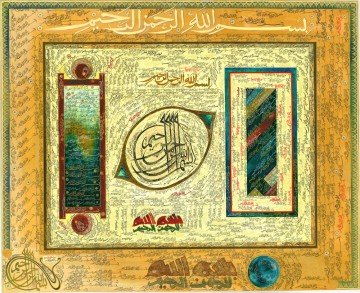 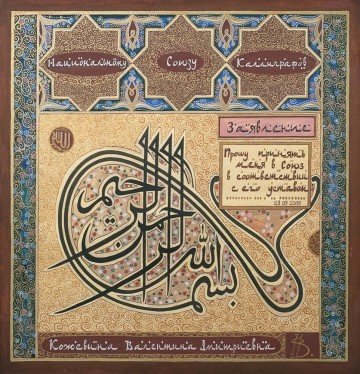 The work is painted on watercolour paper with watercolours, gold and Holland gouache; brushes (weasel), 30x30cm, 2009
Back to list