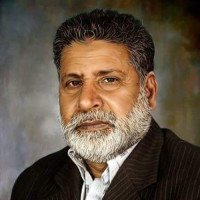 Mr. M. Asghar Mughal is a world-renowned calligrapher. He got his early education from M.C. High School in Okara and started working as a painter after his schooling finished in 1967. He performed his services as an honorary calligraphy teacher in the same school. Then his love for art took him to two famous commercial painters namely Sabir Hussain and Zahid Hussain.

He is the only artist who started to practice Calligraphy without a brush and succeeded. He introduced the media of color-pouring and gave birth to a new style of multi-dimensional aspects of color in art. No doubt, there was a time when his landscapes decorated the drawing rooms. Now he spends most of his time on Calligraphy. He proved that enthusiasm and devotion could help attain new horizons of pure art. He participated in many exhibitions and was recognized in his country and abroad.

Such newspapers as: “Nawa-e-Waqat”, “Din”, and “Shelter” Faisalabad published special issues, dedicated to his works.

1. Participated in the International Exhibition at Alhambra, Lahore in 1998 and got a certificate of honor.
2. Honored by M.C. H/S Okara for outstanding academic achievements.
3. “The Artist of the Year” at the Art Extravaganza 2001 exhibition, held at the Pearl Continental Hotel in Karachi.
4. Certificate of Honor at the Art Exhibition 2003 at the National Council of Arts, Islamabad.
5. His work was highly praised at the Punjabi Programme “Mela” in 2003 at PTV. Lahore.
6. Organizer of the Adara Farooge Fan-o-Adab Sahiwal Painting & Calligraphy Exhibition in 2003.
7. Prize-winner at the 3rd International Exhibition in 2004 at Alhambra, Lahore.
8. Certificate of Honor at the International Calligraphy & Khat-Art Exhibition at Alhambra, Lahore, October 2004
9. Organizer of Lok Boll Mela Exhibition under UNESCO in Dèpalpur district, Okara, Punjab, 2004. His work was highly praised by foreign delegations and Z-TV filmed a story about his work displayed at the exhibition.
10. Special Prize at the Baldia Hall Calligraphy Exhibition 2004, Okara.
11. The Artist of the Year award at the Talent Award Show 2004 organized by Okara Art Council & “JANG” newspaper, Lahore.
12. Special Prize at the Talent Award Show organized by Nawa-e-Waqat in 2004.

“I am the lucky one, who has got a name and fame by the Grace of Almighty Allah with the help of the prayers of my parents and teachers".

His greatest wish is to see his works in the Sacred and Holy House of Muhammad (Peace and Blessing be upon him). We hope, inshallah, God will provide him with such an opportunity as he is painting His Holy Verses. Undoubtedly, he is praying through his calligraphic works. Mr. Asghar says that his creations are not for the creatures but for the Creator Who will forgive him when the time comes. 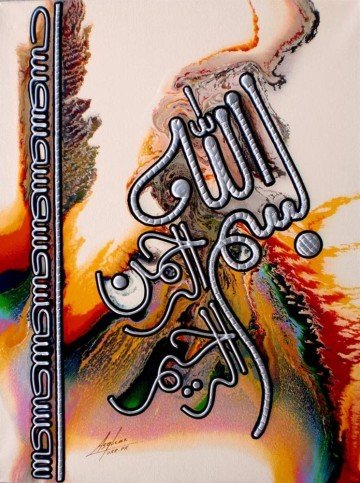 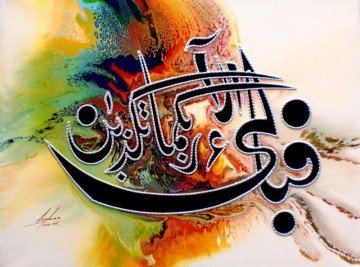 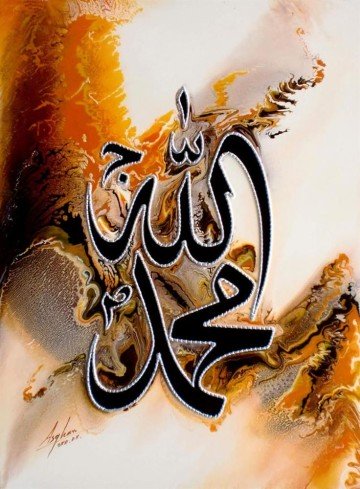 In the Name of Allah and Muhammad (Blessed be their names) 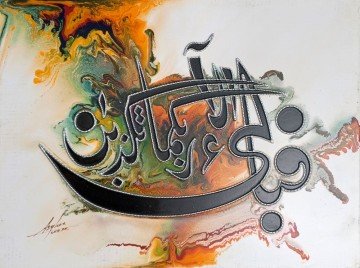 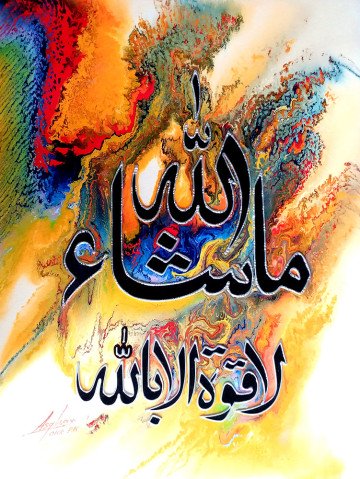 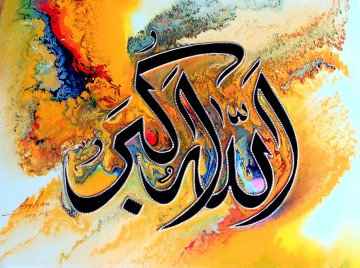