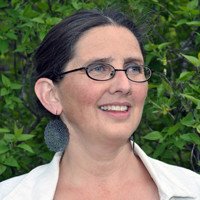 Calligrapher, member of the SKRIFT and the Kalligrafisk Klubb Norwegian calligraphic associations, and of the Calligraphy and Lettering Art Society (CLAS, UK)

Norway does not have a long tradition in calligraphy and has never had a separate degree programme in the subject. Oslo National College of Art and Design has had a range of competent teachers in the art of lettering, but the subject has always been included as a minor part of other disciplines. Ivar Bell, Herman Bongard, Ottar Helge Johansen and Jan Pahle have been central figures and teachers in the area of lettering and calligraphy.

The grand old man of Norwegian calligraphy is Jakob Rask-Arnesen, who has played a central role as a calligrapher, an expert in the history of lettering and in typography, and as the author of the book Levende skrift (Living Letters). Rask-Arnesen was trained in England under Irene Wellington. Another central Norwegian calligrapher is Herborg Kvernland, who has had a series of major exhibitions with works on such Norwegian writers as Arne Garborg and M.B. Landstad. She has given several courses for beginners as well as advanced students. Christopher Haanes was also educated in England and has published several books on calligraphy in Norway. He is a calligrapher with an international reputation, who gives courses in Norway as well as abroad and who has received a series of commissions.

During the last few decades several young people with an interest in lettering have received their education from Diby Stuart College at the Roehampton Institute in London. There is today an increasing interest in calligraphy in Norway, and several young and competent calligraphers now work full-time in the profession. Some of these are Helene C. Jenssen, Julia Vance, Hedvig Brandt, Bas Vlam and Borghild Telnes. There are two associations for calligraphers: Norsk kalligrafisk klubb and SKRIFT Forening for bokstavkunst. 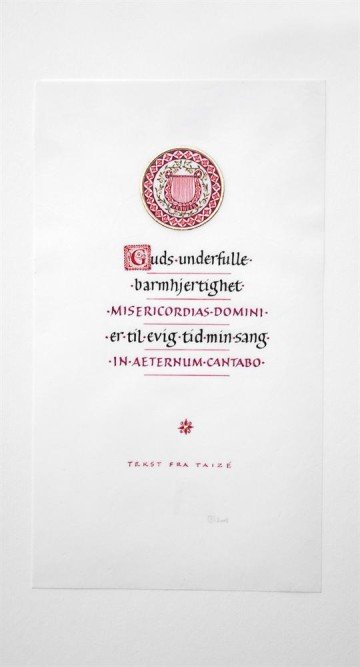 Praise the Lord (The Harp) 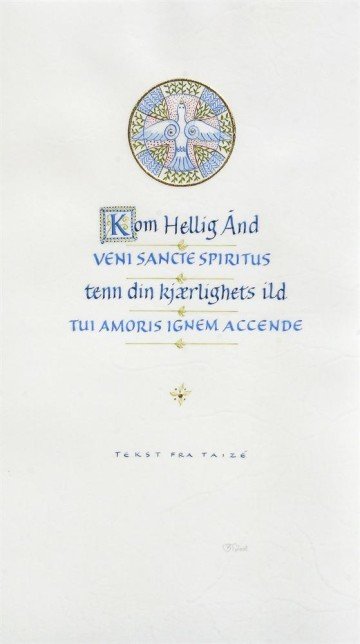 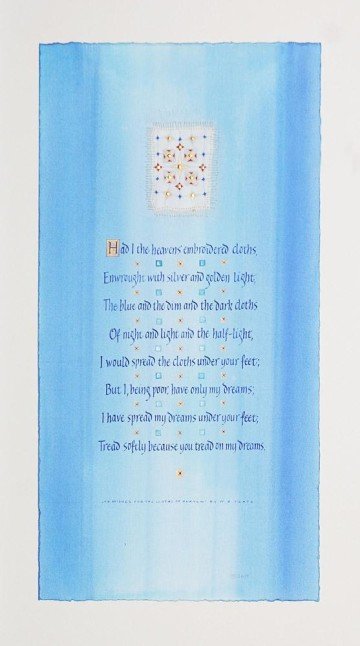 "He Wishes For The Cloth Of Heaven...". A poem by William Batler Yeats 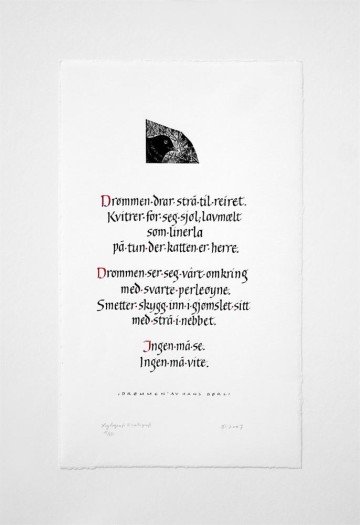 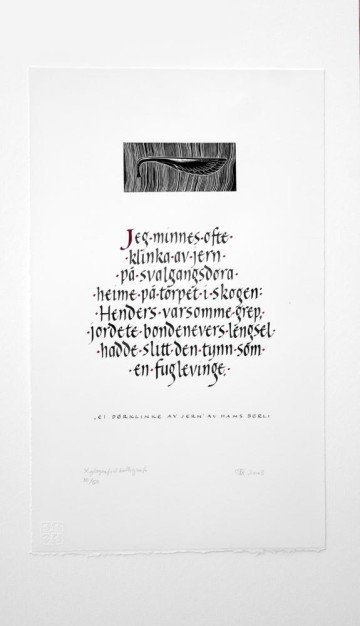 A Door Handle of Iron

This Is Our Dream