American entrepreneur, Co-Chairman of the Bill and Melinda Gates Foundation. Jointly with Paul Allen he founded Microsoft Corporation the position of the President in which he left in June 2008. From 1996 to 2007 he was the richest man of the planet, according to the Forbes version.

Soviet cosmonaut, first woman cosmonaut of Earth, Hero of the Soviet Union. She made her 3-day flight in Vostok-6 on June 16, 1963. She possesses the honorable title “The Greatest Woman of the XXth Century”.

Soviet and Russian TV journalist, President of the Russian TV Academy. He gained the highest popularity with Soviet and American TV audience as an anchorman of USSR-USA TV bridges. Since 2000 je is presenting social and political talk show Times in the First Channel. 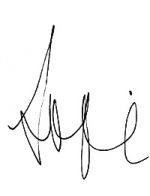 Italian actress and singer. Winner of awards of all major festivals. Winner of Globe awards (in special nomination “favorite of world public”). The only Academy Award winner for best actress in a foreign picture (1961). Winner of the Academy Honorary Award as “one of the world cinema's treasures” (1991).

Soviet pilot-cosmonaut, pilot of Vostok spaceship. First man to fly into outer space on April 12, 1961. Hero of the Soviet Union.

French movie actor. In the 1970s he became the object of worshiping by the youth, favoring blooming of “belmondism”; he was recognized as one of leading European actors. In 1989 he won Cesar award for his role in “Itinéraire d’un enfant gate”. For his professional activity he was awarded with the Legion of Honor.

American astronaut, test pilot, first earthman on the Moon (July 21, 1969) during the lunar expedition of Apollo 11. He said the historic phrase: “That's one small step for a man, one giant leap for mankind”. Together with his partner Edwin Aldrin he spent 2.5 hours on the Moon. For this flight he was awarded the Presidential Medal of Freedom.

American movie actress, singer, pop idol. One of the most famous women in the world. During her 16-year career she played in 30 pictures. She died at the age of 36. According to The Guardian about 300 books and theses have been written about her.

Outstanding Soviet intelligence agent during World War II, journalist. He was one of the first who reported comparatively correct data about the number of German divisions, concentrated at the USSR border in summer 1941, date of enemy invasion and the general plan of military activities of Nazi troops. Hero of the Soviet Union (1964, awarded posthumously).

Mata Hari is the stage name of Margaretha Geertruida Zelle, which is translated from Indonesian and Malayan as “Day Eye” or “Sun”. Famous exotic dancer and one of the most famous spies of World War I (double agent).

American publisher, journalist, forefather of “yellow press”. He left $2 million to the Columbia University: three fourth of these funds were directed to organize the Graduate School of Journalism, and the remaining amount was used to establish the Pulitzer Prize (1917), one of the most prestige USA prizes in literature, journalism, music and theater.

Spanish navigator, explorer of new lands. He is known for discovering America in 1492. The significant meaning of great discoveries of the navigator was acknowledged only in the middle of the XVIth century. The state of Colombia in South America was named after Columbus.

Catholic saint, hero of the Hundred Years’ War, national heroine of France. She was also known as "the Maid of Orleans". She assisted in coronation of French King Charles VII. She was burned alive at the stake by the English who captured her, accused of heresy.