Soviet CPSU worker and Russian statesman, the first President of Russia. He was elected the President twice – on June 12, 1991 and July 3, 1996.

General Secretary of the CPSU Central Committee from March 11, 1985 to August 23, 1991, the first and the only President of the USSR from March 15, 1990 to 1991, head of Gorbachev Foundation. He has a number of awards and honorary degrees. He us the winner of the 1990 Nobel Peace Prize. During the period of Gorbachev’s position in the office of the head of the CPSU and the state there was a large-scale attempt of reforms in the USSR – Perestroika resulting in dissolution of the Soviet Union and end of the cold war. The period of his governance is evaluated ambiguously.

First Secretary of the CPSU Central Committee from 1964 (General Secretary from 1966) and Chairman of the Presidium of the USSR Supreme Soviet in 1960-1964 and in 1977-1982. Four times Hero of the Soviet Union, Hero of Socialist Labor.

Soviet military leader, air marshal (1955). During the Great Patriotic War he was a commander of air corps and air army. In 1962-1966 he was the commander of National Air Defense, deputy Minister of Defense of the USSR. Hero of the Soviet Union (1945).

Soviet statesman and political figure, Marshal of the Soviet Union (1945), Hero of Socialist Labor (1943). He was a member of the inner circle of I.V. Stalin. As the head of the NKVD (1938-1945) he participated in repression at the end of 1930s – beginning of 1940s. He was in charge of a number of the most important military industries including all nuclear arms developments. After shooting in 1953 he was stripped of all titles and awards. 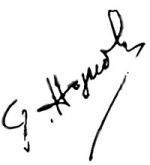 First Secretary of the CPSU Central Committee in 1953-1964, Chairman of the USSR Council of Ministers in 1958-1964. Hero of the Soviet Union. Three times Hero of Socialist Labor. First winner of the Shevchenko Prize.

Soviet military leader, statesman and party figure, participant in the Civil War, one of the first Marshals of the Soviet Union. In 1925—1940 he was the People’s Military and Navy Commissar and the People’s Defense Commissar of the USSR. In 1953—1960 he was a nominal leader of the Soviet State (Chairman of the Presidium of the USSR Supreme Soviet). Twice Hero of the Soviet Union, Hero of Socialist Labor. Voroshilov keeps the record of duration of staying in the Politburo of the Central Committee of the All-Union Communist Party (of Bolsheviks) (CPSU Central Committee) and the Presidium of the CPSU Central Committee (34 years and a half, 1926—1960).

International communist revolutionary figure, practitioner and theorist of Marxism. One of main masterminds of the 1917 October Revolution, organizer of the Red Army, one of founders of the Soviet State.

Soviet statesman, political figure and military leader. General Secretary of the Central Committee of the All-Union Communist Party (of Bolsheviks) from 1922, head of the Soviet Government (Chairman of the Council of People’s Commissars from 1941, Chairman of the USSR Council of Ministers from 1946).

Revolutionary, leader of the Bolshevik revolution, founder and ideologist of the Bolshevik Party, initiator of the 1917 October Revolution and one of the main leaders of the armed uprising. Founder of the Soviet state, founder of Leninism, Marxist scientist, philosopher and publicist. One of the most famous political figures of the XXth century.

Russian statesman and political figure, Minister of Internal Affairs and Prime Minister of Russia (1906-1911). He was from an old aristocracy family. He developed basic provisions of the land reformed named “Stolypin Agrarian Reform” (1906-1917).

Prominent statesman, Russian diplomat, His Serene Highness Prince, Chancellor, honorary member of the St. Petersburg Academy of Sciences. He came to diplomatic service in 1817; in 1856-1882, he was the Minister of Foreign Affairs. In 1871 he achieved termination of restricting provisions of the 1856 Paris Peace Treaty. He participated in creation of the Three Emperor’s League. School-fellow of A.S. Pushkin in the Tsarskoye Selo Lyceum.

Russian statesperson and military leader, count (1799), general of artillery (1807). He was the right hand of three Russian Emperors – Pavel I, Alexander I and Nikolai I. Not having direct heirs, he left all his property to Nikolai I, who transferred it to the Novgorod Military School naming it after A.A. Arakcheyev.

Outstanding Russian military leader not defeated ever, one of founders of the Russian art of war. Count of the Russian Empire titled Suvorov-Rymniksky, and Count of the Holy Roman Empire, Prince of the Russian Empire titled Prince Italiysky. Generalissimo of Russian land troops and navy, Field-Marshal-General of Austrian and Sardinian forces, the Sardinia Kingdom Grand and Prince of the Blood (titled King’s Cousin), holder of all Russian and numerous foreign military orders.