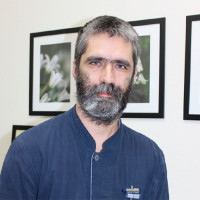 Is it possible to describe the entire world in one word? Is it possible to reduce calligraphy to one stroke? I think not. Even ten thousand words are not enough to describe this phenomenon. Therefore we will not try to catch the essence in this vanity and we will try to cover only a few moments, but not judging by their importance or domination, just simply taking the first step on a way of a many thousand miles.

Let’s start from a distance. In China for many thousand years of its traditional cultural existence there had been generated a science which you can not find in the West and that remained imperceptible due to its extensiveness and immensity. It is a question of sciences of vitality education or “Yang sheng hsu”.

Its essence is a happy and healthy longevity of the person that includes medicine and methodology of various psychophysical exercises, dietology with rythmology, and so on. Basic points of this science were a Taoist conception of a world: Way-dao, ch′i, Yin-Yang, five movements and etc. The aim of Yang sheng hsu was in regulation three origins of a person (body, ch′i and spirit) and their reduction into the natural condition of balance with the origin of all things — Way-dao. It is possible that there were two approaches to this question: external when a person was influenced by a doctor, medicines or a diet, and internal when a person with a help of his efforts carried out his self-regulation. In the second case work of consciousness was pointed out and a priority was consciousness reduction in to a calm condition. Chapter 16 from one of the basic monuments of Taoist idea of a treatise “Tao-te Ching” says about it:

For achievement of such a peace a wide range of speculative practice as well as calligraphy was used. When a hand is moving on paper its movement reflects our condition, and for equal, smooth and fluid movement a clear state of mind is necessary and each vain movement of soul will be reflected by a distortion of written out line. It is known from modern physiology that handwriting of the person remains the same apart from how one is writing: by hand, by foot or by teeth. It is evident that writing by hand will be the most beautiful one, but the handwriting essence will not change. Thus, we are writing not with a help of a hand, and not with a pen, but with our consciousness. A hand is a guide of our thoughts. The hand of the calligrapher is a recording device of a seismograph registering the most detailed vibration of his soul. Therefore admiring products of masters we can enjoy clearness and steadiness of his mind, or on the contrary — impetuous and unpredictable stretch of imagination which moves to unimaginable way under the influence of a creative impulse. That’s why writing will be influenced by a number of details: for example, an inkpot standing in front of you and making you happy for 40 minutes, a tea that you had with your friend with a pleasant conversation, unexpected joy with the first blooming trees or something else. And consequently there are so many styles and trends that can not be the best or the worst.

But the more clear mind — the fewer external reasons can disturb his steadiness of mind, and less dependent creativity becomes, the more tops it reaches, being present always, here and now. 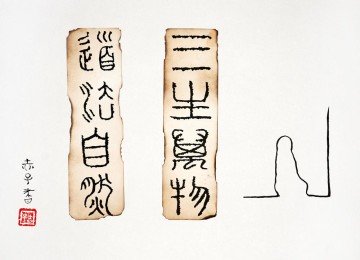