The Masscribes calligraphic society was founded in 1986 in Massachusetts. It is an organization of calligraphy and art connoisseurs and people involved in it. The members of the society live in New England including Massachusetts, Rhode-Island, New-Hampshire and Connecticut; Masscribes unites the professionals and amateurs and everyone who feels enthusiastic about the art of calligraphy. The society is equally glad to welcome experienced calligraphers and beginners, and for most of its members, calligraphy is not merely art but a life style.

In 2001 Masscribes held the Calligraphic Odyssey 2001 All-American International Conference and is planning to welcome the same-theme conference in 2010.

The Masscribes society would like to thank the International Calligraphic Exhibition for the opportunity to exhibit the works of its members. It is a great honour for all of us.

Mary Hart has been dealing with calligraphy for the past 30 years. She became interested in calligraphy at Carnegie Mellon University, Pittsburg.  For many years she has been experimenting with various styles, and her works are not mere correlations of letters but the profound search for the essence of letters as the symbols. Mary Hart teaches calligraphy at Middlesex Community College, Montserrat College of Art, SMFA and CCAE.  See the works of Mary Hart at: winchesterartistsnetwork.org

Gerry Kerdok lives in Hudson, Massachusetts. She has been engaged in calligraphy for many years, at present time she gives lectures at a number of universities and conducts master classes all over the country. Garry has won several awards at various exhibitions and contests; but her most devoted amateur is her grandson. 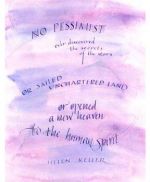 Jane Parillo has dealt with calligraphy since 1980. She is the Co-President of the Masscribes New England Calligraphic Society, cooperates with the teachers of calligraphy from all over the world and gives seminars for the members of the calligraphic society. Jane Parillo is the Executive Director of the International Association of Calligraphic art.

Cynthia Rudolph lives in Norwood, Massachusetts. On getting her Bachelor’s Degree in advertisement design she has worked at the public library, and in her free time she works as a graphic artist, calligrapher and teaches calligraphy. Cynthia Rudolph is a member of the Masscribes Calligraphic Association and Norwood Art Association. She’s married and has a daughter 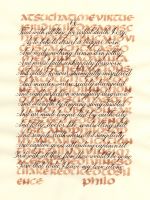 She was born in Moscow. Being a doctor she took up calligraphy in New York at the Cooper Union University. Moving to Boston, Anna continued her calligraphic studies together with the Masscribes members. Her prime interests are samples of the 7th-14th centuries writing, paleography and historic calligraphy based on Medieval fonts.

The hand-made books designed by Linda are inspired by Disney cartoons, colouring books and life in the open air in the north of the USA. She got a Bachelor’s degree at the University of Iowa where she studied art and history of the Middle Ages and Renaissance. She went through her first course of calligraphy there as well and got interested in the designing of handwritten illuminated books which are based on historic sources and sometimes gives rein to her imagination

Amy Veaner is a professional calligrapher. Her works have been exhibited worldwide and some of them have become basic for windows and shop sign boards design. For the past 25 years Amy has created thousands of postcards for clothing stores. Amy also experiments with other kinds of arts (sewing, embroidery, collages) which influence her calligraphy. Amy Veaner has participated in numerous shows in New England.
Amy Veaner is the graduate of the Rod-Island Design College, mother of two children and will soon celebrate the 30th anniversary of her marriage with Robert Veaner.

C. A. Millner, calligrapher and cartographer, has been dealing with calligraphy for the past 30 years. The works of C. A. Millner have been exhibited in the USA and Europe. She is developing her own calligraphic skills and methods.