Independently of public opinion on hand writing as quackery or a clue to human personality books were written, published and what’s more important successfully sold . If you look in the corresponding section you’ll know Suvorov’s courage is reflected with that stroke, while this smooth line testimonies to sensibility of Emperor Alexander III (without any hint on character’s weakness!). Nowadays with electronic communication devices, it’s easier to satisfy interest. One doesn’t need to ask friends or to go to book stores just turn to your electronic library and look for recommendations of most renown graphologists.

Books available in our library: 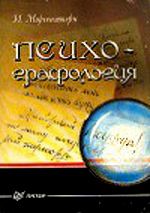 One of the most renown books taken out of Russian libraries after October Revolution possessed characteristics on famous revolutionaries, writers , tzars, state officials and other historic personages.
Book written by popular psycho graphologist I. Morganstern tells about history of graphology, provides graphology description of hundreds hands. Reader will learn how hand reflects man psychological and physical features , the way hand changes as time passes, will learn how to identify one’s own conceived talents. The book provides patterns of hands of emperors and criminals, generals and writers, genius and crazy. 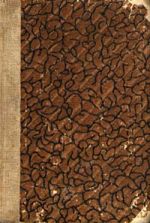 D.M.Zuev-Insarov is one of the greatest Russian graphologist, Chairman of Russian Scientific Graphology Society, he made psycho graphology characteristics of many celebrities. In this book are showed different patterns of hand writing with detailed characteristics. There are also decoding of hand-writing of such famous people as Sergey Esenin, Leo Tolstoy, Maxim Gorky ,Alexander Pushkin. 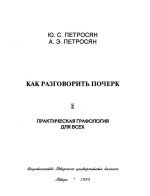 How to get talk writing, U.S. Petrosyan, A.E. Petrosyan

Work is devoted to regulations connected hand writing and personality. For the first time it gives a systematic description of categorical apparatus of graphology as an instrument of studying personality. This is a complex diagnostic system, allowing to create reliable graphology portraits.
Aimed for managers, teachers, politicians and social activists, researches and consultants, for those who is in the centre of events and communication with other people.